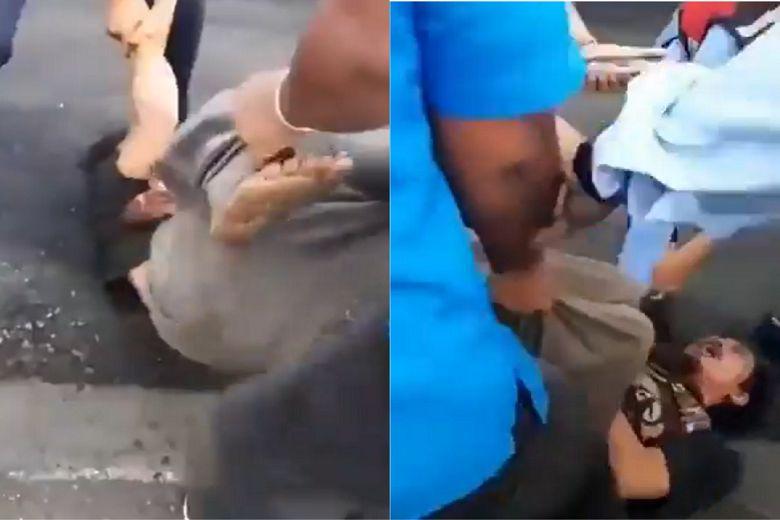 An unknown man was ejected from a plane by security forces at an airport in Indonesia. Presented as “mentally disturbed”, he had no ticket or identity document.

On Wednesday, 12 August, an incident occurred at the Radin-Inten-II international airport in Lampung, Sumatra, leading to the expulsion of an unidentified man from a plane belonging to the Indonesian low-cost airline Citilink, Kompas reported.

The video posted on social media shows a barefoot man being forcibly ejected from the device by airport security men. It then crashed heavily on the runway tarmac before being taken away by several employees.

“A mentally disturbed man entered the TKG airport and disrupted Wings and Citilink aircraft,” the specialist website Aviatren reported. The general manager of the airport, Mr. Hendra, assured that a review of security procedures would be carried out.

According to the first elements of the investigation, the man entered the airport the evening before and spent the night there. The plane he entered had also been there since the end of the day, the media said.

As for the airline spokesman, he confirmed that it was not one of their passengers. And that he had not been recognized by airport security either. His identity has not been established since he did not have any documents on him.

Citilink subsequently confirmed that there was no damage to the aircraft and found no safety problems after the intrusion. The company thanked Radin-Inten-II Airport for acting quickly and allowing it to resume operations according to its schedule.