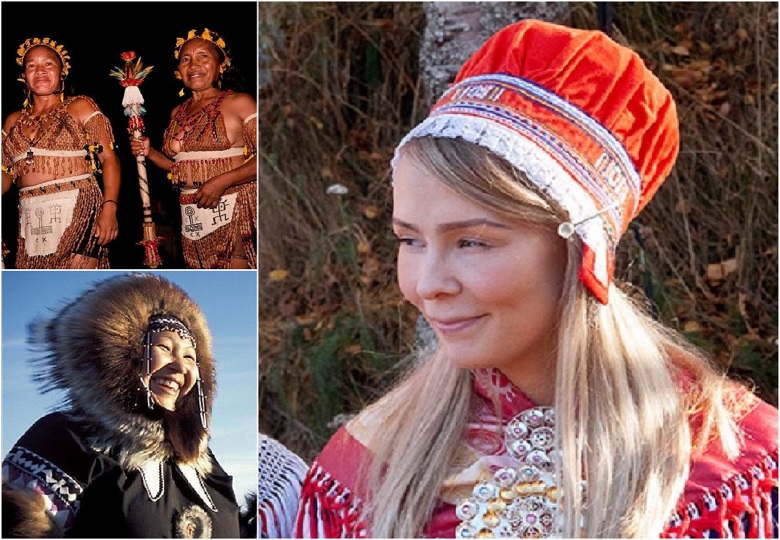 Despite technological progress and human development, there are still peoples in the world that remain almost entirely untouched by modern civilization.

Their traditions may seem strange to us, but their culture has been around for much longer than ours.

The tribe living in the middle of the Brazilian Amazon is one of the most closed-minded tribes in the world. Since it recently discovers, it has not even given a name yet, and the only way they found it at all is thanks to drug dealers and deforestation who invaded the territory of their settlement.

The contact of this tribe, even with other tribes, is minimal, although they also speak the Panoan language, but with an unknown dialect. They are also known to live in large thatched huts, which means more than one family lives there. Their main food sources are crops such as bananas, corn, and peanuts.

The Canadian Inuit or Eskimos are among the oldest peoples, dating back more than 20,000 years. At the same time, they could survive in the harshest conditions in the far north of Canada. There are extended hours of daylight and moderate temperatures in summer, and in winter, it is almost always dark and freezing temperatures.

They live off hunting for marine mammals such as seals and whales and fishing, and their skill in this is well known. Families live together as one ecosystem, and each member has a specific role to play for the common good. Also, Inuit have always been more technologically advanced than their neighbors.

The Sami, who inhabit Lapland, which encompasses the northern regions of Sweden, Norway, Finland, and Russia, are the only official indigenous peoples of Scandinavia.

They have mastered many occupations throughout their history, concentrating on animal trapping, sheep breeding, fishing, although they are best known for their reindeer herding skills. They rely on deer for food and use their hides to make clothing and shelter. For most of them, the mother tongue and the main language of instruction at school are Sami.

The Sentinelese, as well as the isolated Amazonian tribe, zealously oppose contact with outsiders. Luckily for them, they live on North Sentinel Island, which is part of the Andaman Archipelago in the middle of the Indian Ocean. They are mainly hunters and gatherers, and it is not yet known if they practice crop cultivation.

They handle bows and spears well, although there is no evidence of any metalworking as relatively scarce resources on this tiny island. Little is known about social practices here, although an Indian anthropologist who happened to be close to the Sentinelians observed a kind of group intercourse here.

The Wapishana people, located in northern Brazil and southern Guyana, first contacted Europeans in 1498 during the third expedition of Columbus. Initially, the Wapishana practiced polygyny; that is, the husband had many wives, but thanks to the influence of the missionaries, most of the Wapishana marriages are now controlled by the Catholic Church.

Many Wapishana traditions remain intact. For example, their villages are being built and centered around the church. The inhabitants mainly live off the cultivation of cassava, an edible root. As a rule, one nuclear family lives in the house with a second-generation parent. The village head occupies a significant place surrounded by smaller homes for his sons, daughters, and families.

Bezos has already sold shares of Amazon for $6.7 billion