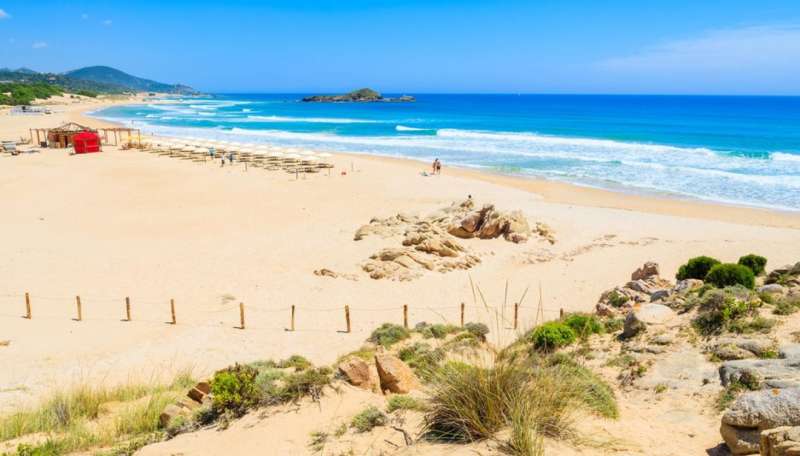 Italian customs have arrested a French couple who wanted to leave the island of Sardinia with 40 kilograms of beach sand in the trunk of their car. Tourists stated that they did not know that taking sand is a criminal offense.

According to them, the couple risk a prison sentence of one to six years for theft with aggravating circumstances, Italian media report. Since August 1, 2017, taking sand from Sardinia is punishable. The authorities hope to put an end to the large-scale collection of multi-colored beach grains as a souvenir.

The two French people ran into the light on Thursday when they wanted to take the ferry from Sardinia to Toulon. Customs officers found 14 plastic bottles filled with beach sand in the trunk of their car. The two declared to have collected the sand on the beach of Chia, in southern Sardinia.

Beach sand, stones, and shells in Sardinia have been classified as a natural heritage since the entry into force of the law prohibiting their taking. Three weeks after it came into force, the legislation was enforced for the first time.

Four tourists were fined a thousand euros when they wanted to leave the island with two bottles filled with sand and an envelope full of shells. They ran into the lamp at check-in at the airport of the capital Cagliari.

The legislation came at the request of the people. This demanded measures because the collection of ‘holiday souvenirs’ took on ever greater proportions. Sand from Sardinian beaches was even offered for sale on the internet, sometimes for 10 euros per gram.