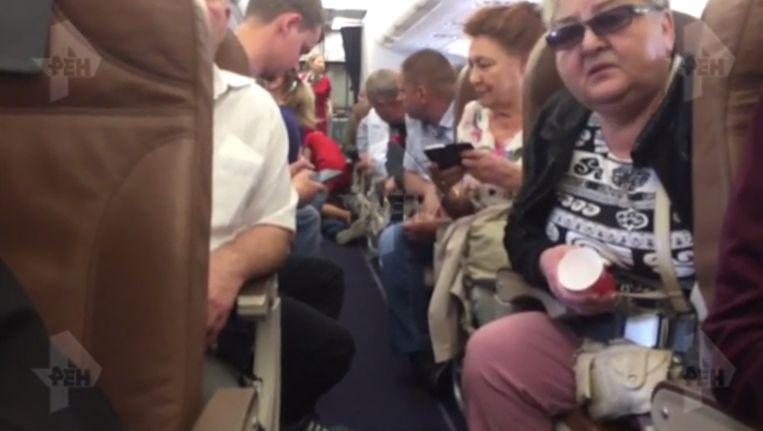 It was a terrifying flight yesterday for the passengers of a Russian scheduled flight from Moscow to Simferopol, located in Crimea. After the plane took off, a passenger went completely insane.

The man tried to strangle a female passenger, threatened the crew and called out that everyone was going to die. The deranged passenger was seriously injured. The pilots decided to fly directly back to Moscow, where the man died almost immediately upon arrival.

The flight had just left Domodedovo Airport in Moscow when a passenger on the flight WZ-307 went completely crazy. Eyewitnesses reported that the passenger immediately panicked by shouting on the plane that the pilots had fallen asleep and that everyone was going to die. Then the man would have tried to strangle a female passenger. He also struck another passenger with a cell phone.

Tied to the chair

The explosive behavior of the 32-year-old passenger then caused a fight with other passengers. They eventually managed to overpower him and tie him to his chair. The pilots of the Airbus type 320 decided after a flight of just over fifteen minutes to return to Moscow airport. All in all, the chaotic flight lasted forty minutes.

The images below show that a Red Wings Airlines flight attendant takes care of the man shortly before the police enter the aircraft.

In another video that appeared on several Russian news sites, a passenger tells of the traumatic flight. While Daria Belikova is still on the plane in question, she tells about the event: “a man went completely mad here. He hit a woman, they tied him up now.” The young woman continues in the video that he screamed more things and hit a man sitting next to him. Another man suggests in the video to throw the passenger off the plane with a parachute.

After the flight had returned to Moscow, where police and paramedics were ready, the drama had not yet ended. After all, the man was badly injured during the brawl on board. When doctors entered the plane to provide first aid, they couldn’t save the man.

According to the initial results of the investigation, the 32-year-old troublemaker was reported to have died of acute cardiac arrest. The Russian authorities have opened an investigation into the curious incident.