For the third time only in history, an American president is faced with an impeachment trial. Such a lawsuit could, in theory, lead to the removal of President Donald Trump.

This result would be a huge shock – we will explain why later – but the very fact that a president is being tried is critical.

Here are seven questions and answers that will help you understand the impeachment trial.

A) What is impeachment? It is a process that allows senior government officials to hold other officials (such as judges, the president, and cabinet) to account if they are suspected of having committed offenses during their mandate.

These crimes can include “treason, corruption or other serious crimes and offenses”. Once a person is charged, he is then tried in the Senate, the upper house of Congress, whose members will decide whether he is guilty or not. It is a political trial, not a criminal trial.

B) What is Mr. Trump accused of? He faces two articles of indictment or charges. First, he is accused of having asked for help from the Ukrainian government to be re-elected next November. He is also accused of having withheld millions of dollars of military aid to Ukraine and of holding out a meeting at the White House with the President of Ukraine, both as bargaining chips. In return, witnesses say he wanted Ukraine to publicly announce an investigation into Joe Biden, the man who leads the Democratic race to challenge him during the election. Polls suggest that Mr. Biden would beat him if he is the flag bearer of the Democratic candidate.

Second, after the White House refused to allow staff to testify at the first impeachment trial last year, the Democrats accused Mr. Trump of obstructing Congress (the part of the United States government that writes and introduces laws and who investigates him). Trump has denied all the wrongdoing, and his legal team says the “unconvincing” charges constitute “dangerous perversion of the Constitution”. It should also be emphasized that this has nothing to do with the Special Council’s investigation into Russian interference in the 2016 U.S. elections and the links of Mr. Trump’s campaign with Russia. This investigation ended with the abandonment of any action against Mr. Trump himself.

C) Why is there a trial? The key dates of the procedure: August 2019: A whistleblower made several allegations against President Donald Trump. October – December 2019: Investigation took place, with hearings in the House of Representatives (the lower house of Congress, controlled by Democratic rivals from Mr. Trump). December 2019: Democratic House leaders voted to impeach Trump. January 2020: The case was passed to the Senate (controlled by Republicans from Mr. Trump), where the trial will take place

D) What will the Senate impeachment trial consist of? The US Constitution is a bit vague as to the details of how the charge is handled, but there are general rules based mostly on President Andrew Johnson’s removal trial in 1868. In this case, the president practically kept his post.

The only other president to be tried for the recall was Bill Clinton in 1999. He too, survived. Two people decide how the trial will be conducted: Mitch McConnell, the Republican leader of the Senate, and his Democratic counterpart, Chuck Schumer.

McConnell wants a speedy trial and an acquittal – he suggests giving each party 24 hours a day for opening statements (which means long days in the Senate chamber). He also wants a vote on whether to admit any evidence against Mr. Trump. Mr. Schumer said that Mr. McConnell was trying to prevent the evidence from being heard and said that “the American people will see it for what it is exactly”.

The other rules are as follows: there should not be a live tweet from the hemicycle, and no documents to be read outside should be brought. Senators are not allowed to speak to those who are seated next to them while the matter is being considered and will hear from both parties – House of Representative’s attorneys and White House attorneys – as well as potential witnesses.

Then, senators will have a full day to deliberate before voting on Trump’s conviction. A two-thirds majority of 67 votes out of the 100 seats in the Senate is necessary to convict and oust Mr. Donald Trump. But since there are only 47 Democrats (and 53 Republicans) in the Senate, the president is expected to be cleared.

In the unlikely event that Donald Trump is found guilty, he will be removed from office, and Vice President Mike Pence will be sworn in as President of the United States. A simple majority of senators – 51 – could also vote to end the trial if they so wished.

E) Who are the leading players? Each senator, including Mr. McConnell, was sworn in by promising to provide “impartial justice” during the trial. But last month, McConnell – the longest-serving Republican in the Senate – said, ‘I am not an impartial juror,’ and also said that he and his party are working hand in hand with the White House. ‘Everything I do during this trial is coordinated with the White House counsel,” he told Fox News, much to the chagrin of high-ranking Democrats.

He does not preside over the trial – this task has been entrusted to the President of the Supreme Court, John Roberts, although the 100 senators serve as judges and jury. Justice Roberts is there to ensure that the trial follows the predetermined rules. A group of seven Democrats will act as those responsible for the impeachment – primarily House attorneys, who will present their arguments for the impeachment trial in the Senate. Among them are the chairman of the intelligence committee Adam Schiff and the chairman of the judicial committee Jerry Nadler, both of whom are frequently the target of Trump’s anger.

President Donald Trump’s defense team will include President Bill Clinton’s special prosecutors – Ken Starr and Robert Ray. Alan Dershowitz, of whom OJ Simpson is a former client, is also part of the team that will be chaired by Pat Cipollone, a White House lawyer, and Jay Sekulow, Trump’s lawyer.

F) Will Mr. Trump testify? The US president could choose to appear before the Senate himself, but his lawyers, Mr. Cipollone and Mr. Sekulow are much more likely to speak on his behalf. They, like those responsible for the indictment, may question witnesses and make opening and closing statements. Mr. Trump is very anxious that Mr. Biden testifies at the same time as the first whistleblower.

Democrats want several senior White House officials to testify, including former national security adviser John Bolton. But there may be no witnesses at all if the Republicans decide they prefer a short trial, which is possible. A simple majority of senators – 51 – is required to determine whether witnesses (including Mr. Trump) will be called or not. Senators may ask questions of witnesses or counsel, but only by submitting them in writing to Justice Roberts. Witnesses do not necessarily have to appear in the Senate. A committee of legislators could question them, and images of the testimony would instead be released during the trial.

G) When will all this be over? After the House Introduces the Indictments in the Senate – A Procedure That Lasted Three Days in Mr. Clinton’s Trial – Senators Must Stay in Session Everyday Except Sundays Until They Take a final decision. This means that the four Democratic senators running for president – Bernie Sanders, Elizabeth Warren, Amy Klobuchar, and Michael Bennet – will have to leave their campaign behind for the duration of the trial.

The impeachment trial is expected to last for weeks, but how many weeks are estimated – that of Mr. Clinton’s lasted almost a month. The Democrats hope that everything will be finished by February and the start of the 2020 primary elections, which will decide their candidate that will run against (probably) Trump.

Museveni: Africans failed to protect Libya from the West 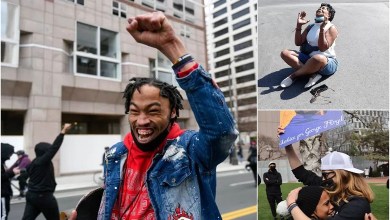