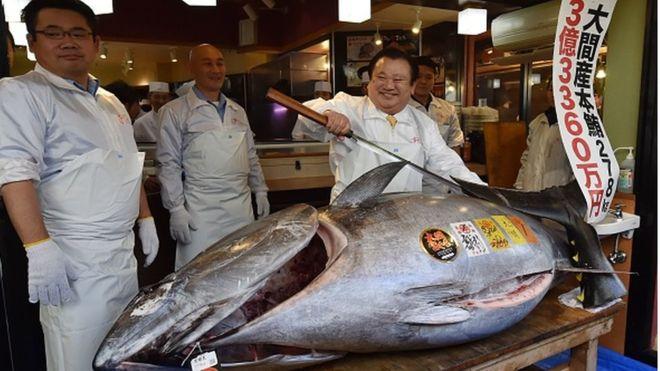 A 278-pound bluefin tuna was sold on Saturday at record 2.7 million euros in Tokyo. It was sold along with hundreds of fresh and frozen bluefin tunas, sold one by one during an auction sale on Saturday, January 5th, during the New Year’s auction of the Japanese capital.

Tuna was fished off Aomori prefecture in northern Japan. The sum at which it was sold is equivalent to almost 10,000 euros per kilo, never seen.