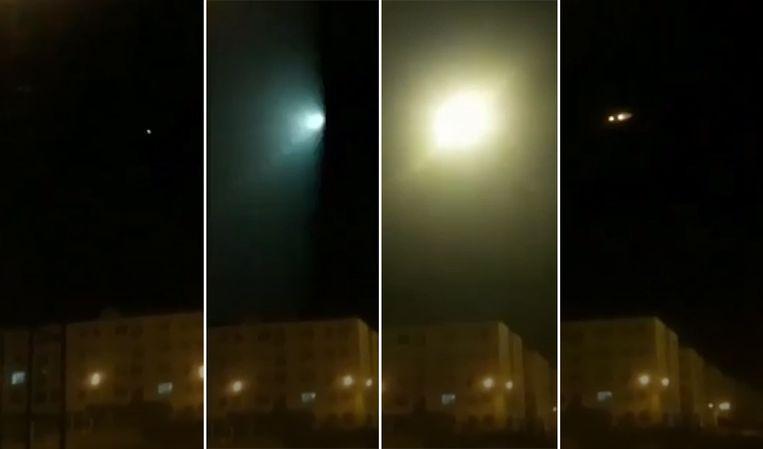 In a video that appeared on the internet on Thursday evening, you can see how the Ukrainian plane that crashed over Iran on Wednesday is hit by a rocket. The time, location, direction, and altitude correspond to the previously known data of the aircraft crash. A small explosion can be seen, but the plane is not exploding. The aircraft even turned over to the airport, but then crashed, resulting in 176 victims.

Researchers from the Bellingcat journalism network now think they know where the video was recorded. After crossing images with satellite images and flight data, they conclude that the pictures were made in a suburb to the west of the international airport.

Donald Trump previously stated that he had strong reservations about the circumstances in which the plane crashed. Canadian Prime Minister Justin Trudeau also believes that a rocket attack will be the cause. The British Prime Minister Boris Johnson also claims to have received “very disturbing information”. According to Iran, however, it is “scientifically impossible” that the plane was brought down by a rocket.

“Someone may have made a mistake on the other side,” Trump said today. After all, the crash took place the same night that Iran fired rockets at American bases in Iraq. “I have a feeling something terrible has happened.” According to anonymous US government sources, satellite and other data indicate that the plane was shot out of the sky by two Iranian missiles. That would have happened “by accident”, it sounds, because the Iranians thought they were being attacked. Satellite images would show two rockets being fired just before the crash, followed by an explosion.

The Canadian Prime Minister reports that Canada also has information from multiple sources indicating that Iran shot down the Ukrainian plane. Trudeau also takes into account that it may have happened by accident, and he calls for a thorough investigation into the crash. The Iranian Foreign Minister Javad Zarif will maintain an open dialogue with Canada, says Trudeau. When asked to what extent the U.S. is responsible for what happened, because they first killed a prominent Iranian general, Trudeau did not want to respond. At the moment, it is too early to pinpoint a culprit for the crash or draw any conclusions, he says.

Earlier, Newsweek magazine wrote that an anti-aircraft missile hit the plane. Newsweek quoted anonymous executives of the U.S. and Iraqi intelligence services and a high-ranking source within the Pentagon. In the field where the plane crashed, parts of rockets were also found.

Images of the remains of a Russian-made Tor-M1 rocket circulate on social media, but it is unclear whether those images are real. The conservative news channel Fox News learned in the Pentagon that the plane was shot down by mistake by a Russian-built Iranian anti-aircraft missile. It could be a Tor rocket system. According to Fox News, Russia delivered 29 Tor-M1s to Tehran in 2007 as part of a $700 million contract signed in December 2005.

“All causes are investigated”

The Ukrainian authorities announced yesterday that they are investigating various possible causes for the crash of the Boeing 737 of Ukraine International Airlines in Tehran. “We meticulously examine all the hypotheses,” said Serguiï Danylov, secretary of the Ukrainian Security and National Defense Council, to the French AFP news agency. “None of the slopes is a priority.”

Kiev is sending 45 experts to Tehran. The team hopes to be able to participate in the investigation, in particular in the decryption of the black boxes. It also wants to investigate the crash site to see if there are remains of a possible rocket that would have been fired by Iran. According to the Russian news agency Interfax, the Iranian head of state Hassan Rohani has promised that Ukrainian researchers will have access to all necessary data.

Canada and US participate in research

Canada also wants to participate in the study. Canadian Foreign Minister François-Philippe Champagne has asked his Iranian counterpart Javad Zarif over the phone. However, direct contacts between the two countries are rare. Canada broke relations with Iran in 2012 because the country supported the government of authoritarian leader Bashar al-Assad in Syria.

Iran is reportedly willing to involve experts from all countries who have lost civilians in the disaster. The country would also have formally invited the United States for this. The invitation was sent to the American Transport Safety Board NTSB after aircraft manufacturer Boeing was also invited. The NTSB confirmed on Thursday that it had assigned a researcher to the research. Tehran, in turn, asks Canada “and all other governments that have information” about the possible cause of the Boeing 737 crash to share with the Iranian Commission of Inquiry.

Iran, meanwhile, remains on the slopes of an accident and says the plane caught fire before it crashed. Talking about a rocket is “nonsense”, it sounds from Tehran. “Several domestic and international flights flew into the Iranian airspace at the same time at 8,000 feet. That story of a rocket impact on the plane cannot be correct at all,” says the Iranian Ministry of Transport. Ali Abedzadeh, the chairman of the Organization of Iranian Civil Aviation (CAO) and the Deputy Minister of Transport, says in the same report that “such rumors are nonsense.”

Regarding the black boxes of the device found Wednesday, Abedzadeh said that “Iran and Ukraine have the means to download the information from them”. Iran says it will not hand over the black boxes to Americans or Boeing. “But if more specialized measures are needed to extract and analyze the information, we can do so in France or other countries.” However, both boxes were damaged “as a result of the accident and the fire”. The “memory-units” have survived the crash, but are damaged, Abdedzadeh reported today.