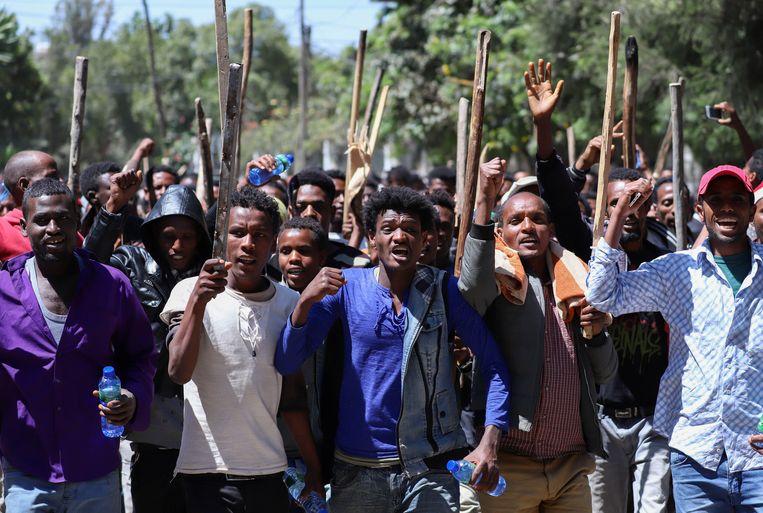 In the demonstrations against Prime Minister and Peace Nobel Prize winner Abiy Ahmed, which killed 78 people, more than 400 people were arrested in Ethiopia last week. A prime minister spokesperson has reported this. According to the spokesperson, people may still be arrested.

According to human rights organization Amnesty International, the police forces opened fire on demonstrators in clashes that increasingly take the form of ethnic and religious violence. “Some were killed with sticks or machetes, and houses were set on fire. People even used bullets and light weapons to kill, to fight,” said researcher Fisseha Tekle.

Violence broke out in the capital, Addis Ababa, and in the Orimiya region, after a leader of the Oromo ethnicity, the largest in the country, had accused the security forces of attempting to organize an attack against him.

Jawar Mohammed, the founder of the opposition Oromia Media Network (OMN), based in the United States, returned to Ethiopia in August. He used to be an ally of the reformist prime minister, also an Oromo, but the relationship between the two men recently deteriorated.

Jawar Mohammed openly criticized various reforms by Abiy, who only recently received the Nobel Peace Prize. According to Reuters, Mohammed does not rule out the possibility that he will stand for election next year to compete against Abiy.