There are flaws in women that you cannot accept. The same goes for the women: there are certain characteristics present in some men that are unbearable, and that maybe explain why you are still single.

Guys, I hope you don’t have any of these seven faults, all as destructive and unpleasant as each other. Most women dislike men with those lapses and always dish them out mercilessly.

I have a precise image that comes to mind when I think of a lazy man: a man escaped on the couch, with his plate of crusty pizza pockets lying around for two days on the living room table, the full garbage, the room upside down, the overflowing wash basket and empty fridge (except the top floor, filled with Budweiser).

It’s obviously a stereotype, but still, laziness is a flaw that women have a hard time putting up with. A man who doesn’t give a damn about the house and just-drinks beer, watches TV, and plays PS4 or the computer isn’t exactly what women define as the perfect man.

It’s important for a girl that a guy is interested in something in life that he has something to talk about and something to discuss.

Do you have career plans or just long term goals? You have just won points. A man who can project into the future and demonstrates his ambition is much more winner than a man who has no idea where he is going in life.

At least I imagine that a guy with no ambition ends up with a girl without ambition too, which makes a really nice couple in the end…

Have you ever been in a relationship with a jealous girl? It was painful, eh? It’s the same with a girl who has to live with a jealous guy. It can’t give anything good or anything positive, and it can only end in separation. Why cultivate it within a couple, then?

A guy in his early twenties who’s afraid of commitment, it’s okay. But after 25-30 years, a guy who doesn’t want to commit can be a big turn off for a girl. At this age, girls sometimes think about starting a family and try to leave the big seducers and bad boys behind to find the right guy, the one with whom she can envision a future.

So, a man who is afraid of commitment and who puts the brakes on when he feels a feeling of love has enough to scare a girl. It’s a big flaw that will make more than one flee.

Since a lack of self-confidence often breeds misplaced jealousy. If you don’t trust yourself, how do you expect to trust your girlfriend? It is practically impossible.

Plus, women feel it when you don’t trust them since it is eye-popping. And believe me, they find you 100 times less attractive than a man who is aware of his qualities and who knows what he is worth.

Have you lost your license three times because you drove under the influence? Still not able to manage your bank account? This is enough to scare a girl away quickly, thank you.

Guys who do not understand their mistakes and who seem to be eternally irresponsible present themselves as really bad “men to marry”, or even to date . Irresponsibility goes on for a few months, but it definitely breaks when it comes time to consider a future.

And then, do you have one of these seven flaws? If so, you know, there are several you can work on. It’s a long journey sometimes, but it’s worth starting!

Before she dumps you, first dump her: 6 signs she will soon breakup

One certainty about Maradona’s legacy: the battle is getting tough 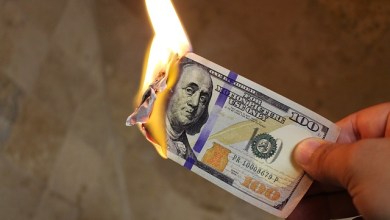 The secrets of a healthy lifestyle? Top shape people use these 10 habits
1 day ago