The pastry egg between Johnny Depp (55) and Amber Heard (33) just doesn’t stop. The former lovers have been making each other’s lives miserable for months and for the time being it seems that this will not end. According to Heard, Depp is lying a lot, and he has declared pertinent untruths in court under oath. This is reported by The Blast.

Amber and Johnny have long been engaged in a lawsuit, in which both accuse each other of defamation. According to Amber, her ex did not tell the truth in court, about a certain moment when the two had a fight. The Blast says that he has received documents that show this.

According to Amber, the telephone data presented in the courtroom is incorrect, for example, times would have been ‘changed’ at the time of the fight that ultimately proved to be fatal for their marriage.

Heard claims that at the time Depp would have been both verbally and physically aggressive, while video footage shows that Depp had already left their former marital home that evening before the emergency number 911 was called.

Johnny’s lawyer Adam Waldman sees it differently. “Mrs. Heard says she doesn’t want to be silenced. But then remains silent for a few months when it turns out that she is going down on a mountain of evidence on our part.”

“The same applies to her assistants, who have been busy for 3 years delivering false evidence to my client. But where have those types gone now? Mrs. Heard is still trying to take a snap from the entire #metoo movement, putting the actual victims in a bad light.”

Look inside the largest underwater restaurant in the world

Britons welcome Trump with this giant drawing in a field 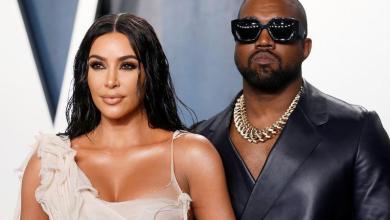