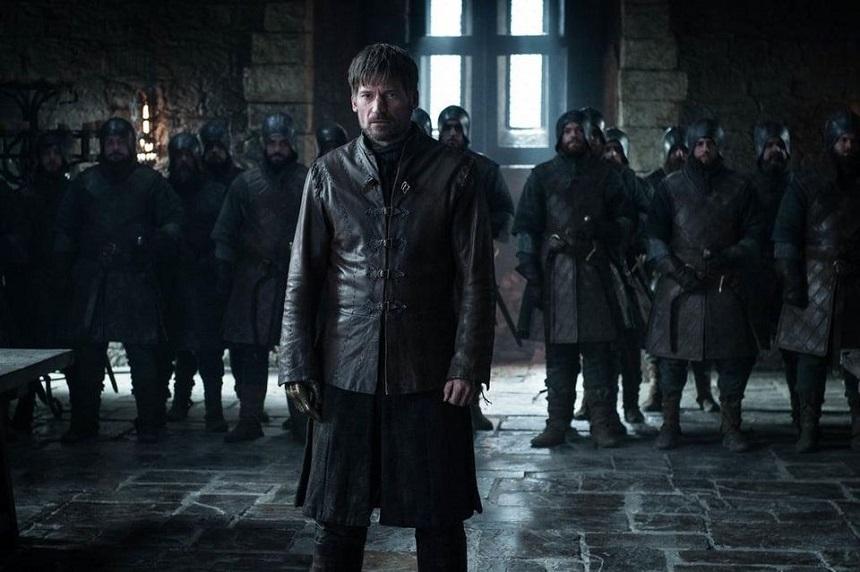 They would now earn millions per episode, but not so long ago the cast of “Game of Thrones” was seen as a gang of noble strangers. Before they were able to take on their role and were catapulted to stardom, many actors had a ‘normal’ job. From carpenter to the secretary: your favorite characters did this for their breakthrough.

Kit Harington (32) worked at a bookstore. He hated George RR Martin (the author of the books on which ‘Game Of Thrones’ is based, ed.) Remarkably enough, because he had to carry heavy copies of ‘A Song of Ice and Fire’ all day.

“I was working in the basement of a bookstore. That was the fantasy and science fiction section and it was where the self-help books were. And yes, I always wondered who had put those genres together,” said Kit. “George’s books went so quickly over the counter that I just had to keep filling the shelves. And those books are so heavy!”

Emilia Clarke (32) was working in the hospitality industry when she suddenly had the chance to audition for ‘Game of Thrones’. “I did six jobs at the same time to pay the rent.

Then I suddenly got a phone call: I had 24 hours to prepare my audition for the show,” said the actress. “I called my boss and said that I was sick and started looking for ‘Game Of Thrones’ on Wikipedia like crazy. When I finally got the role, I felt like: now I can rest in peace.”

Gwendoline Christie (40) was the assistant to the English actor Simon Callow. She also walked his dogs every day. “He called to me that I was disorganized and threw books at my head.

All the while I was afraid to say that I actually wanted to be an artist. I thought it was scary how that sounded. It was stupid, cliche and corny. And it just didn’t seem realistic,” said the actress. Yet she took the chance and with success.

Rory McCann (50) used to be a carpenter. He has worked in gardens and painted bridges in Iceland. “I often have to pinch myself. Barely six years ago I was still working in Iceland.

Now I go from hot to her in a car with a driver and I am part of one of the largest TV shows in the world. I’m a happy man.”

Hafþor Julius Bjornsson (30) was working as a bank guard. Until one day he saw an advertisement for the castings at ‘Game of Thrones’. The locator stated that he should barely memorize lines of text.

After all, the makers of the series at that time were mainly looking for an ‘exceptionally large man with an athletic build’. Remarkably, Bjornsson also had to prove during the audition that he could use a sword.

Jason Momoa (39) earned his living by making pastel drawings in Paris. “I was raised by a strong single mother. My mom is an artist in every sense of the word. She paints and is a photographer.

She likes to wander around, always looking for things, always on the lookout. I think I got that urge from her,” says Momoa.

Kristian Nairn (43) was (and still is) a DJ. Before being cast for the role of his life, he was active as a resident DJ in a club in Belfast, Northern Ireland.

The success of ‘Game of Thrones’ only accelerated his DJ career, because even today Kristian is still behind the turntables, and he has more bookings than ever.

Peter Dinklage (49) practiced an office job for seven years before being cast for ‘Game of Thrones’. “The company was called Professional Examination Service. I still don’t know what exactly they did.

All I did was enter information into a computer,” the actor said about it later. “By the way, I called in sick every Friday, because I went to a party every Thursday with my friends.”

Liam Cunningham (57) started his career as an electrician in Zimbabwe. “I started acting as a hobby in between work. Because I needed some form of distraction. I was bored to death.

It was only when I started acting that I thought, “what did I do?” I had to put on everything. But I just had to do it, I couldn’t resist.”

Natalie Dormer (37) earned her salary first as a waitress, then as an interim at an office.

Like actor Peter Dinklage, she had to enter information into a computer day in and day out. “But I had to do something to make ends meet,” the actress later said.

Charles Dance (72) was a plumber’s assistant before he started his career as an actor. He describes his days between the pipes and sinks to this day as “the worst job I have ever done”.

Stephen Dillane (62) worked for a newspaper before he managed to capture his role in “Game of Thrones.” It changed his life.

Alfie Allen (32) was a dishwasher in the kitchen of a restaurant.

Nathalie Emmanuel (30) was working as a sales assistant in a Hollister store.

“I was a ‘model’ of service, which meant that I had to wear the clothes that we sold, but that could determine what I looked like. While wearing their outfits I had to fold clothes, clean the toilets and help people in the fitting rooms. It was really awful.”

And Maisie Williams (22), Sophie Turner (23) and Isaac Hempstead Wright (20)? They were simply still too young to do a permanent job. Their role in ‘Game of Thrones’ was their first real job.