A 33-year-old woman from the American state of New Jersey has been showing a very strange hobby for about four years. The amateur runner runs almost daily a carefully mapped route in the shape of a dick. She then puts the floor plans of her remarkable rounds on Instagram.

According to Claire, the woman in question, her hobby came into being by chance when she visited her brother in Kansas in 2015. She decided to go jogging there, got lost and, once she found his home, came to the conclusion, via her running app, that she had run a route in the form of a male genital organ. After she had put it first, somewhat erratic map on social media as a joke, ‘Dick Run Claire’ was overwhelmed with reactions. Then she decided to try running another ‘dick’. After more positive comments, she decided to start an Instagram account about what the woman now calls her ‘remarkable addiction’.

Claire, who already ran in the shape of peckers in most American cities with a maximum length of 22.5 kilometres, has already received 10,000 loyal followers on Instagram. In an interview with American media, the woman says she is not ashamed of her “hobby that got out of hand”. “I love jogging and consider the shape of my routes to be a hilarious bonus.” Even better, she thinks that city planners probably do not realize that there are crazy shapes when designing a street plan. “In some places you can run perfect penises in my eyes. You would almost think that was the intention in advance.”

"The Beast" through the years: from a locomotive to the car 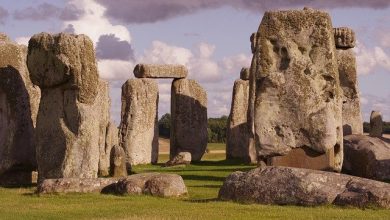