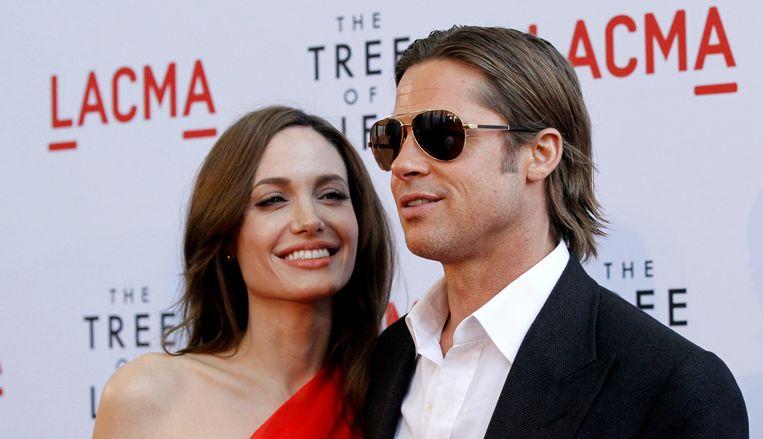 December, it should be the month of warmth, peace and charity. But that is by no means the case with Brad Pitt (54) and Angelina Jolie (43). It is expected that this month the verdict falls in their (v) divorce. But what is the state of affairs? And what are the two Hollywood stars actually throwing in the battle?

After two years of bickering and mudging, the divorce case of Brad Pitt and Angelina Jolie started on 4 December. The stakes are high, because millions are at stake. For a long time, it looked like the six children were also going to suffer from the bickering, but that was avoided at the last minute.

For the series of sessions that started on 4 December, the couple appointed a special separation judge who acts as a mediator, but whose advice is legally binding. She would earn about 3,500 euros per day. She will – in time before Christmas – lead the former couple to their inevitable divorce. That way Brad and Angelina no longer have to face each other in court.

Witnesses will be interviewed throughout the process, including the children, in order to arrive at a well-considered judgment on finances. Both stars have agreed to this arrangement, to be able to put a line under the very painful saga before the end of the holiday month.

An agreement was reached on the custody of the children just before the start of the sessions. What remains are tens of millions, which the two actors now have to divide. There is no shortage of them, you would think, but that is not entirely true. In the run-up to the lawsuit, Angelina Jolie claimed that Pitt had not contributed to their livelihood since the divorce. For his part, Pitt announced that he had carefully monitored his donations and that he had already paid 1.2 million dollars to Angelina and the six children. In addition, he lent his ex an amount of 8 million dollars. With that Angelina could buy the house where the actress currently lives with her eyeballs. When the final decisions about the money are taken in court, that borrowed amount is taken into account.

It is a revelation that surprised some people, because Jolie was not expected to play the financial aspect of the case so hard. She should have enough dollars to take care of her children, is also reasoned. But according to insiders, it is no secret that the actress with bad investments in film projects and lucrative start-ups has lost many millions. She would therefore be able to use the extra money from her ex according to them.

Besides the money, the six children of ‘Brangelina’ could also form a stumbling block. The children – Maddox (17), Pax (14), Zahara (13), Shiloh (12) and the 10-year-old twins Knox and Vivienne – should initially also testify before the courtroom where they should choose between their dad or mom. But that debacle was turned away in the last instance. “Both parties and the judge have signed the agreement on the custody of the children”, Jolie’s lawyer Samantha Bley DeJean said on the last day of November. But the content of the agreement remained anxiously quiet then. “To protect the interests of the children”, it sounded then.

The children themselves had already expressed their preference. According to US Weekly, the oldest three (Maddox, Pax and Zahara) would like to live with their mother, daughter Shiloh wanted her father and the two youngest, twins Knox and Vivienne, did not care. They are still too young to take a clear stand.

This summer there were rumours that the Hollywood stars had agreed on the children, but that turned out not to be the case. Former friends of the couple, who had to choose a side since the effective divorce, were surprised at the vicious behaviour of Angelina Jolie. She is known as a world improver, but allegedly has set up her own children against their father.

After a twelve-year relationship, the superstars put a point behind their relationship in 2016. The drop that spilled over the bucket was an angry rage that Pitt received during a flight with their private jet. He was then under the influence of alcohol. He would have landed on one of the children and the situation would have gotten so out of hand that the pilot of the plane had to make an emergency landing. Jolie was so shocked that she promptly stopped the relationship and took the children away. The coming days and weeks will therefore show whether the final decision falls into the divorce, and what exactly it will entail.