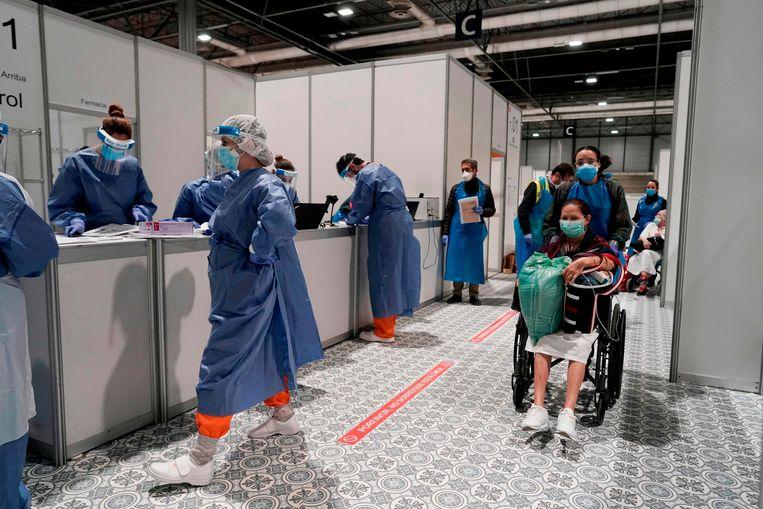 In Spain, 849 people died in 24 hours from the effects of the coronavirus. The Spanish Ministry of Health reports this. It is another record after 838 deaths were reported on Sunday. The new total is now at 8,189 deaths, compared to 7,340 yesterday.

It is already the fourth day in a row that more than 800 people die in one day from the coronavirus. Mortality rates have risen less sharply in percentage terms than in recent days.

The regions of Madrid and Catalonia have been particularly hit hard. In and around the capital, 24,000 people are now infected, 3,603 patients have died. In Catalonia, this concerns 16,157 infections and 1,672 deaths.

Five thousand six hundred patients are currently in intensive care, including in a large emergency hospital in Madrid, which is set up in a conference building. Nineteen thousand patients have also been cured since the outbreak began.