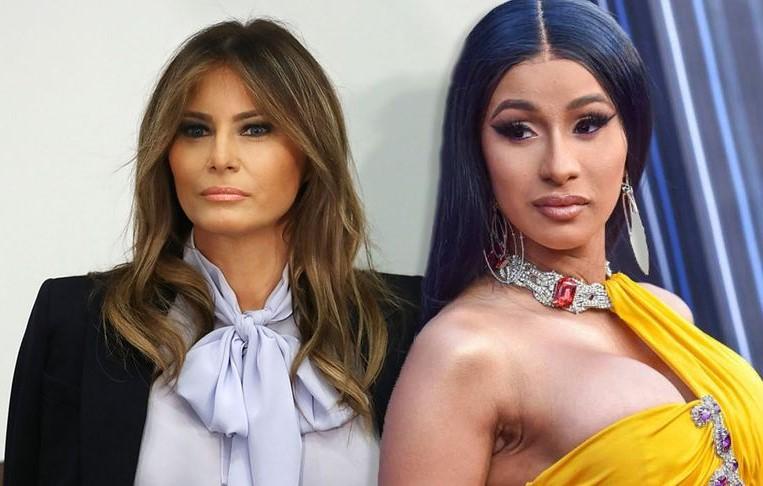 Cardi B (27) is not going to keep her mouth shut. Via Twitter, the rapper fiercely reaches out to Melania Trump (50), after the first lady gave a speech at the Republican National Convention, which was warmly welcomed by the party members.

“America needs far more women like Melania Trump and far less like Cardi B,” responded former Republican Congressional candidate DeAnna Lorraine to the speech. And that’s obviously shot in the wrong place with Cardi B.

Cardi B – who recently held an exclusive interview with Joe Biden for the Democratic National Convention – reacts furiously via social media to DeAnna Lorraine’s statements about her and the first lady.

“Didn’t she used to sell that Wap?” It sounded on Twitter. Her comment is a reference to the song ‘WAP’, which Cardi B canned with Megan Thee Stallion, and which was widely criticized for its crude and sexual lyrics. Because while ‘WAP’ may sound harmless, in reality, it is short for ‘wet ass p*ssy’.

Was Melania an escort?

With her tweet, Cardi B stirs up rumors that Melania once worked as an escort girl. Something that has been claimed for much longer, but which Melania has always strongly opposed.

Cardi B also took it a step further: half an hour later, she took to Twitter again, this time to send a nude photo – which she expertly censored – of the first lady during her days as a model. Her caption to the picture was cheeky, read below:

Melania Trump has not yet responded to the fuss. But Cardi B’s statements are now going viral. Something that also DeAnna Lorraine – who wrote the tweet that started the riot – has not escaped. “No, that is a total and complete lie”, she now responds to the escort rumors that are circulating again.

“But what is not a lie is that you are absolutely destroying American youth with your lyrics, and you should be ashamed of yourself.”