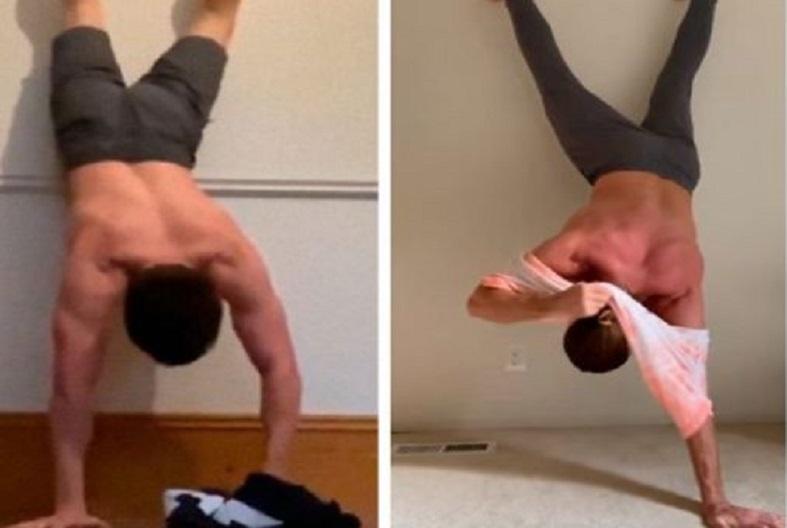 Celebs also have to deal with quarantine, so it was only a matter of time before yet another Internet challenge emerged. The ‘T-shirt challenge’ received international attention through the participation of ‘Spider-Man’ actor Tom Holland (23). The assignment consists of putting on a T-shirt during a handstand. Much more complicated than it sounds.

To illustrate: a good example, as given by Tom Holland. He called the challenge “impossible”, but eventually ended it successfully.

When you pass the assignment, you may nominate a few other people to do the same. That is why the challenge now goes around the world. We saw impressive performances with actor Jake Gyllenhaal (39), who was on the set of ‘Spider-Man: Far From Home’ with Tom Holland. He appeared not to have much difficulty with the physical test at all.

But even more, striking was the challenge of the American athlete Jojo Jones (37). She put on no less than two T-shirts while she sipped her wine quietly.

However, not everyone is willing to go out of their way to do this. Deadpool actor Ryan Reynolds (43), for example, was nominated by Tom Holland and clearly had no intention of taking on the challenge. Instead, he posted this hilarious response to his social media. In a word, “No”.

Of course, it is not only celebs who participate in the challenge. Before Tom Holland got involved, the challenge was already a big hit on social media. Enthusiastic participants overrun, especially on Twitter and Instagram Stories. So take your chance.

Although most twitterers just like to watch the bizarre attempts of familiar faces. “I think it’s great that Tom Holland has taken up the challenge,” someone writes. “But I find it even more amazing than Ryan Reynolds doesn’t even pretend to try.”