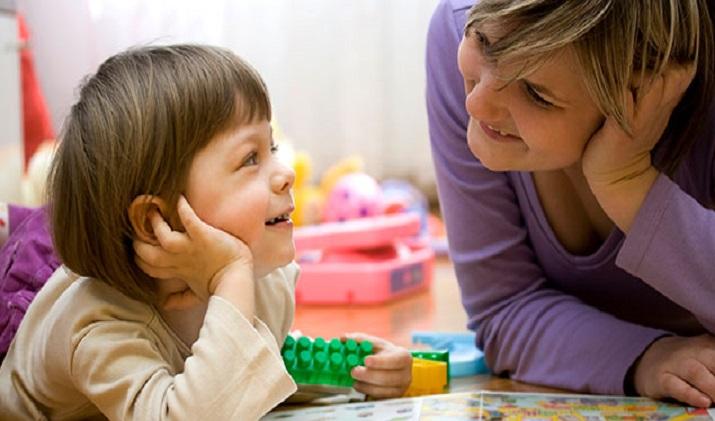 Working mothers who go out to work sometimes feel guilty because their absence would be bad for the development of their children. Does not have to, says a study for which no less than 100,000 women and men from 29 different countries were studied. The conclusion is, children of working mothers are just as happy as children of mothers who stay at home.

In 2015, the first results of the study, which was carried out by the University of Harvard, were released. It turned out that the daughters of working mothers are less likely to be unemployed and that they also earn more than daughters of housemothers. They also hold higher positions more often. Now that the full study has been published in the Journal Work, Employment and Society, it appears that there are even more benefits to growing up with a mother who works.

For the study, researchers compared two large surveys – one that ran from 2002 to 2012, and one from 2002 to 2013 – for which more than 100,000 men and women from 29 different countries were questioned. The most important new conclusion, as stated in the intro and title, is that children of working mothers are just as happy as children of mothers who stay at home to take care of the family.

“People still believe that when mothers go to work, they are in some way inadequate in raising their children. These findings are therefore very important to help this misconception out of the world”, explains Kathleen McGinn, a professor at the University of Harvard.

The survey also showed that men do not experience a professional influence from growing up with a working mother, but that they spend more than 50 minutes a week on household tasks. They also have a better view of gender equality, even more than daughters of working mothers. Ladies with a mother who was working outdoors, spend an hour less time per week on household tasks. Both sons and daughters of working mothers are more highly educated than children of mothers who stayed at home.

McGinn hopes that the results will give mothers self-confidence if they have to leave their children to go to work. “Women grow up with the idea that it is always better to stay at home with their children, so when they are separated from their children every day to work, it can be painful. Now that we are gradually starting to realize that our children are not suffering, I hope that the guilt goes away.”

Although these findings clash with the results of a study conducted by the British Institute for Children’s Health in 2009, they indicated that in comparable families the children with working mothers lead a slightly less healthy life. That was mainly supported by the fact that children of mothers with a job are more often taken to school by car, eat less fruit and vegetables and watch more television.

Even though the compilers of that report also stated that keeping the mother at home is not the way to prevent children from becoming too fat. However, working mothers must ensure that the children, both at home and in the reception, get enough exercise and healthy (er) food. But of course, that is also the responsibility of the working fathers.

“The results of the study can break through the negative perception of mothers who combine a full-time job with children. After all, only positive effects could be found on the development of the children,” says Professor McGinn. She also thinks that the study should have consequences. For example, according to her, the policy of working women, both full-time and part-time, must be supported by, for example, providing high-quality and affordable reception places.