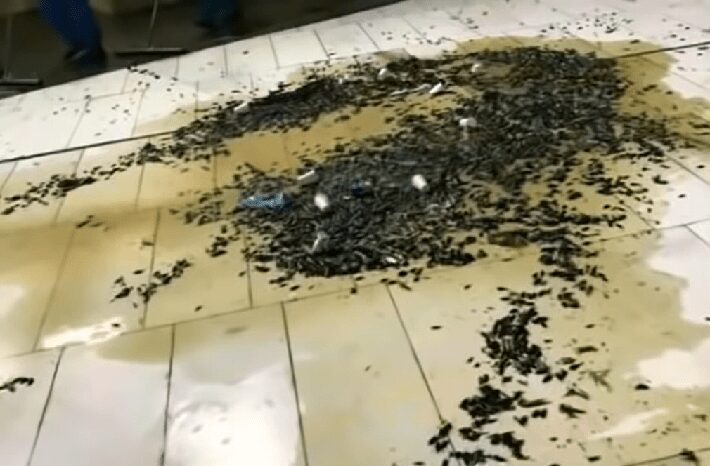 Some believers think that it is a bad omen. Inhabitants of the city of Mecca, located in Saudi Arabia, lived moments of terror when a plague of locusts invaded the entire territory.

According to local media reports, the insects also arrived at the mosque of Masjid al Haram, also known as the Great Mosque of Mecca. This site is the first holy place of Islam, in the same way, it is the final destination of the hajj, a pilgrimage carried out by the faithful of the Mohammedan religion.

Before the amazement and fear of seeing thousands of locusts, the villagers recorded and took pictures that they later shared through social networks. “It’s really amazing, but I would not like to be there”, “one of the biggest fears I have in life are insects” and “will it be one of the plagues of God?”, Are some of the comments that can be read in the publication.

In the face of the emergency, the authorities took action on the matter and reported that they deployed spraying equipment to eradicate and remove the locusts. About 130 employees were distributed at the points where the insects were so that the pest could be contained.

These types of animals are known to migrate from time to time. However, when there are swarms they can destroy entire crops, causing hunger and lack of food. “We are in charge, the fumigation and cleaning teams are doing their job and society does not have to worry,” the government spokesman said.

For the moment, people continue to share clips of what they experienced with the plague of these insects.

Watch the videos below: