Like the Spanish flu in 1918, this pandemic will also be followed by an eventful decade: the ‘roaring twenties’. That predicts Nicholas Christakis, an epidemiologist at the American Yale University.

Almost exactly a year ago, the SARS-CoV-2 was first identified by Chinese virologists. Since then, the virus has had far-reaching consequences worldwide. Economic activities have been scaled back, but our lives have also changed drastically on a social level. Traveling, partying, meeting family and friends… We suddenly have to miss it all.

Dramatic, but not as exceptional as it may seem, writes Nicholas Christakis in his book ‘Apollo’s Arrow: The Profound and Enduring Impact of Coronavirus on the Way We Live’. As an epidemiologist, he specializes in the influence of human behavior on the spread of infectious diseases. Christakis sees a pattern: “What is happening to us now may seem unnatural and strange, but large-scale epidemics are not new to humans. They are just new to us.”

Moreover, people react in much the same way every time, says Christakis in the British newspaper The Guardian: They are becoming more religious, they are more abstaining from all kinds of pleasures. In addition, they also become thrifty with money and take fewer risks. We see all those things now, but we also saw them during major epidemics in previous centuries.

With every epidemic, the economy also collapses, says the researcher. “People blame the government for the slowing economy because it closes schools and restaurants. An unjustified accusation because it is the virus itself that is causing the economy to collapse: this was also what happened when ancient civilizations were plagued by disease, long before governments could make such drastic decisions.”

One of the most important – and most hopeful – lessons we can learn from past pandemics, according to Christakis, is this: Every pandemic comes to an end. And then there usually follows a period in which people intensively look for social contact. “What we will see is a reversal of the trends that were forced to take place during the corona crisis,” predicts Christakis. “People will become less religious, invest a lot in their social life, spend more, and become more sexually dissolute.”

Full of cafes, night clubs, and football stadiums, a cultural renaissance… Everything we have only dreamed of for a year will be our share. Although we will have to be patient for a while, the epidemiologist predicts.

At least until 2024, before the party can really start. First, the vaccines must be able to do their job, and our society must recover from the socio-economic crash.

This extraordinary necklace eliminates coronavirus present in the air 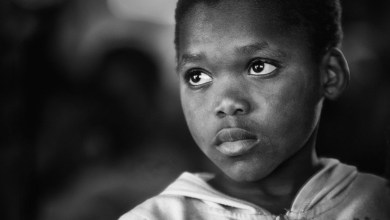