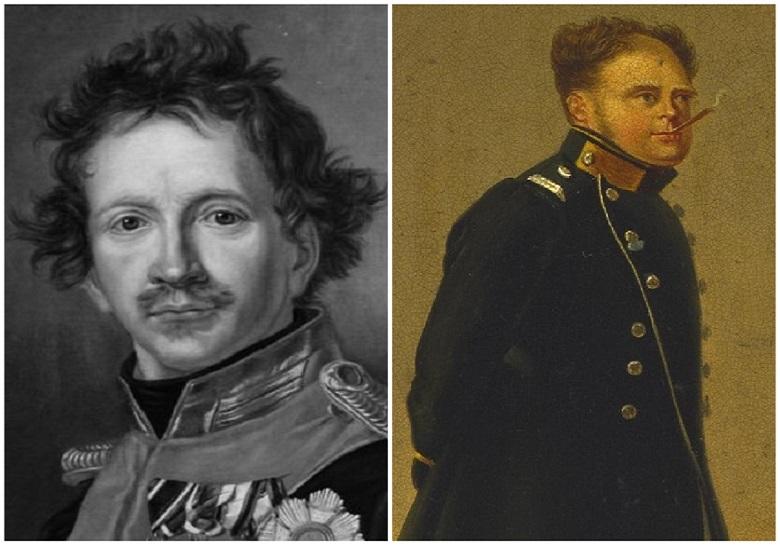 In early January 2020, Prince Harry and Meghan Markle announced the resignation of their duties as members of the royal family. They renounced all privileges, explaining their decision by the desire for a quiet life. Queen Elizabeth II was discouraged by her grandson’s statement, but history knows many such cases. How was the fate of royalty after they gained freedom and the opportunity to live by their own rules?

Ludwig I of Bavaria

Ludwig, I ruled Bavaria since 1825, but his acquaintance in 1846 with the dancer Lola Montez, who was, in fact, the Irish adventurer Eliza Gilbert, resulted not only in Ludwig I’s renunciation of the throne but also in a general hatred of the ruler. Lola Montez behaved defiantly, repeatedly initiated major scandals and even became the cause of the riots in Munich in 1848.

During the revolutionary movement of 1848, the king abdicated in favour of his son. Since then, Ludwig I lived as a common person, patronized the arts, sometimes met with noble people, and died in 1868, having outlived his son-king. By the time of the death of Ludwig I of Bavaria, the country was already ruled by his grandson, Ludwig II.

In the imperial dynasty of the Romanovs, there was also a case of abdication for the sake of love. The son of Paul I was first married exclusively at the insistence of the family at the age of 15. However, both the husband and his wife, Anna Fedorovna (German princess Julianne of Saxe-Coburg-Saalfeld), were miserable. At the same time, Konstantin Pavlovich himself did not deny himself novels on the side and tormented his wife with jealousy. Despite the family’s protests, he divorced his wife and, in 1820, married Joanna Grudzinska.

She was not royal blood, and an unequal marriage allowed the Grand Duke to renounce the throne. After the death of Alexander I, Konstantin Pavlovich was nevertheless declared emperor since his abdication was not made public during the life of the king. However, the prince confirmed his abdication and retained the post of the Polish commander-in-chief, later became the governor of the Kingdom of Poland. In 1831 he died of cholera in Vitebsk.

Probably, this was the loudest case in European history, when a representative of the ruling dynasty, who had almost ascended to the throne, refused to rule, preferring personal happiness. He was already king, and before taking office, Edward VIII had only to go through the coronation. But fortunately for George VI, Elizabeth II’s father, the coronation would not have allowed him to marry his beloved Wallis Simpson. She was divorced twice and did not deserve to become a queen consort.

Edward VIII decided that the king’s chair was not worth living all his life alone or with a person he did not love. He surrendered and lived 35 years with his beloved. George VI, who ascended the throne, demanded that he retain his address to his brother as “His Royal Highness” and conferred the title of Duke of Windsor but forbade him to appear in the country without an invitation.

In 1940, Edward was appointed governor of the Bahamas, and after the end of World War II, he moved to France, where he lived with his wife Wallis Simpson until he died in 1972. Edward came to Great Britain only a few times, but he could not wholly reconcile with his family.

The son of the Queen of the Netherlands also preferred personal happiness to royal privileges. Johan Friso’s desire to marry the entrepreneur Mabel Wisse-Smith, in whose past there were many dark spots, including the connection with a famous drug dealer, could not be satisfied. It was inappropriate for a member of the ruling family to marry a woman with a tarnished reputation.

The prince knew that his marriage to Mabel would entail an automatic loss of the right to the throne, but he would not give up his happiness. The prince’s marriage was happy but short-lived. In 2012, Johan Friso was hit by an avalanche, then spent almost six months in a coma and died in August 2013.

On the one hand, the inspection trip of Prince Louis Xavier Marie Guillaume of Luxembourg to Kosovo turned out to be happy for Louis. But sincere feelings for the sergeant of the Luxembourg army, Tessy Anthony, forced the prince to renounce any claims to the throne. However, at the time of his marriage in September 2006, Louis thought least about royal privileges. Then it seemed to him that happiness with Tessy would be eternal, significantly since their son Gabriel was already growing up. Soon, Noah, the couple’s youngest son, was born.

However, the prince’s hopes for a long, happy life with his beloved did not materialize: the couple divorced in 2017. Now Louis of Luxembourg is considered a desirable bachelor, albeit without the right to inherit the throne.

The British are shocked by the statement of the Dukes of Sussex Meghan and Harry that they have decided to abdicate the throne. We will remind, the official appeal appeared on Instagram of the couple on January 8. The couple informed: after long conversations, Meghan and Harry agreed that they no longer want to be under Elizabeth’s control and intend to live in two countries.

Many political and public experts said that this decision has particular reasons. However, not all of them are as obvious as they seemed at first glance. So, almost immediately after the publication of the data, the British said: Meghan could not stand the constant pressure from the press and haters and therefore persuaded Harry to agree to a refusal.

But not everything is so simple: the Daily Mail, Sam Greenhill, correspondent suggested that finances could affect the result. Recently, the Dukes of Sussex have been actively complaining that the title prevents them from making the money they could receive if they were not senior members of the royal family.

If earlier Harry and Meghan were obliged to give up any income in favour of the throne, now they can quickly agree to any profitable deals. At the same time, it is not a fact that Harry will refuse the funds that Prince Charles provides him.

What happened immediately after the death of Hitler