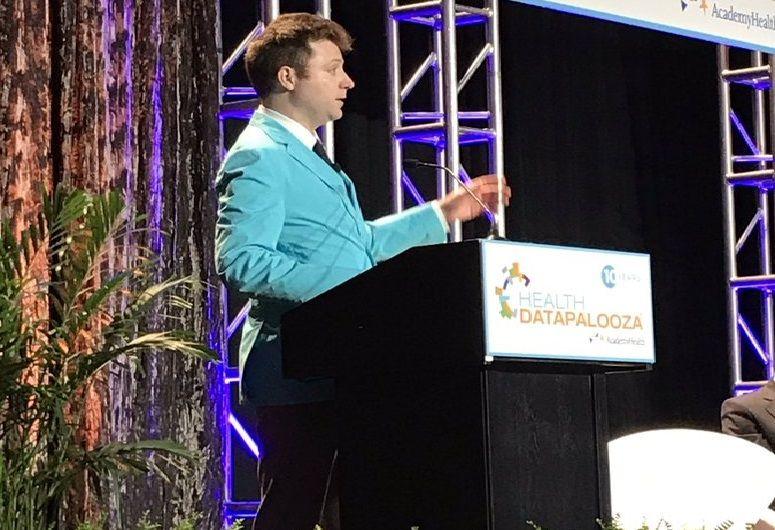 Doug Lindsay collapsed when he was 21 years old: like his mother, he had to deal with a mysterious condition that required him to spend most of the day in bed. No doctor could tell him what was wrong. And so he went looking for himself.

From one day to the next, Doug Lindsay from Missouri in the Midwestern United States became very ill. Lindsay had just come home from his college classes in 1999 when he experienced dizziness, cramps, fatigue, and too fast heartbeat. He could barely stand for a few minutes before he had to rest again, flat on the back.

He spent the next 11 years mostly in bed. He just got up to eat and go to the bathroom. The doctors were facing a mystery. Countless tests and treatments had yielded nothing. For Lindsay herself, that didn’t come as a surprise. His own mother was struck down by the same condition, and she, too, was never diagnosed with a redeeming diagnosis. The same fate befell his aunt.

Mattress in the car

Doug Lindsay who initially studied biology decided to take matters into his own hands. He got into the medical literature. He found out that his condition could possibly have something to do with an adrenal disorder, small organs just lying on the kidneys and producing hormones, among other things. His hypothesis was that his body was producing too much adrenaline.

Lindsay joined forces with Dr. H. Cecil Coghlan, a medical scientist, and professor at the University of Alabama-Birmingham. He convinced Coghlan to experiment with an existing drug, levophed, that counteracts the symptoms of excessive adrenalin production.

In 2004, Lindsay and friends from Missouri drove to Birmingham for a first treatment. Because he couldn’t sit up for so long, he was on a mattress in the back of the car for the entire 500-mile drive. In Birmingham, he was given an IV that would give him the drug 24 hours a day. It turned out to be the first break. With the medicine, he was able to spend short periods of active time. So he could attend a few weddings and visit the doctor himself.

The exact nature of his condition remained a mystery – until 2006. It has been speculated for some time that an adrenalin lump could cause too much adrenaline to be produced. But such tumors were not visible on earlier scans. Until one of the images suddenly showed something remarkable: something in the adrenal glands of Doug Lindsay reacted like a tumor, but it wasn’t. Coghlan called Lindsay with the redeeming message: “We found it”. The official diagnosis was “bilateral adrenal medullary hyperplasia.” The inner area of the adrenal glands were enlarged and acted as tumors. As a result, the adrenal glands produced far too much adrenaline.

Convinced that a more permanent solution was now within reach, Doug once again delved into the books. He came up with a simple solution: remove the enlarged areas and the production of adrenaline would stabilize. A bit like removing the egg yolk from a hard-boiled egg says CNN.

The problem was that the operation did not exist in practice either. Some scientists had already carried out similar interventions in animals, but never in humans. In 2010, eleven years after the disease hit, he found a surgeon who dared to perform the daring surgery. In September, Lindsay was operated on one of his adrenal glands – successfully. The effect was massive. By December of the same year, he was able to walk more than a kilometer. Two years later, he went under the knife a second time to take care of the other adrenal gland.

Today Lindsay is 41 years old. He is still struggling with health problems but is no longer confined to bed. He returned to college to complete his biology education and now he travels around the world to talk about his condition and the search for a solution. He already spoke at Stanford and Harvard. “I received help from others,” he explains to CNN. “And now I have to help people.”