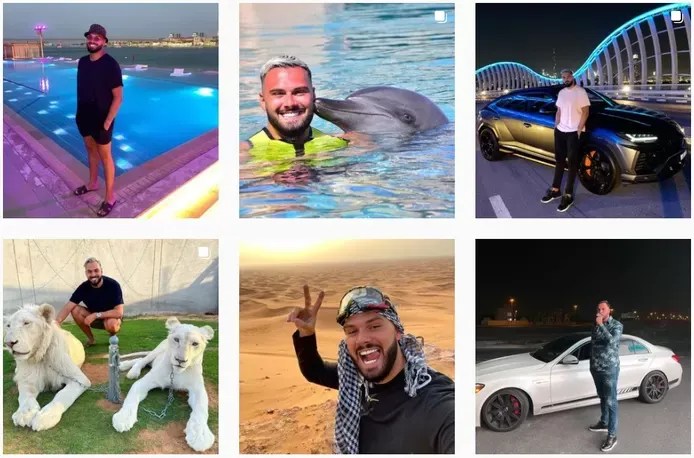 “Currently in prison”: it reads on the Snapchat profile of 24-year-old French influencer Paul A. His current whereabouts are in stark contrast to the luxurious life he led before and displayed on Snapchat and Instagram to his many tens of thousands of followers.

The man is accused of embezzling 5.8 million euros in French state aid intended for companies hardest hit by the corona pandemic.

Strolling in Saint-Tropez and Monaco or posing with a big smile in front of expensive cars and wild animals in Dubai: life seemed to be smiling at Antony if we are to believe the posts on his social media. However, the newspaper ‘Le Parisien’ revealed that he may have used his fame for less fresh business.

The man is said to have embezzled at least 5.8 million euros from a solidarity fund for companies in a, particularly brutal way. He was expelled from Dubai at the end of August and is now in prison in Paris.

A. would have called on his followers to collect state aid unjustly. In doing so, he collected a ‘commission’ himself. He is charged with gang fraud and serious money laundering.

The influencer offered his followers to submit fraudulent aid applications for them as a car dealer on the tax authorities’ website. They were then paid amounts of up to several thousand euros per month. They had to transfer 30 to 50 per cent of that. He is said to have had more than 650 ‘customers’, who applied for support for a total of 22 million euros. The state effectively paid 5.8 million.

It was through one of his “clients” that the scam came to light. The man — an Uber Eats courier — was checked by the IRS, and it turned out that something wasn’t right. All influencer ‘customers’ will now be contacted to refund the embezzled money.