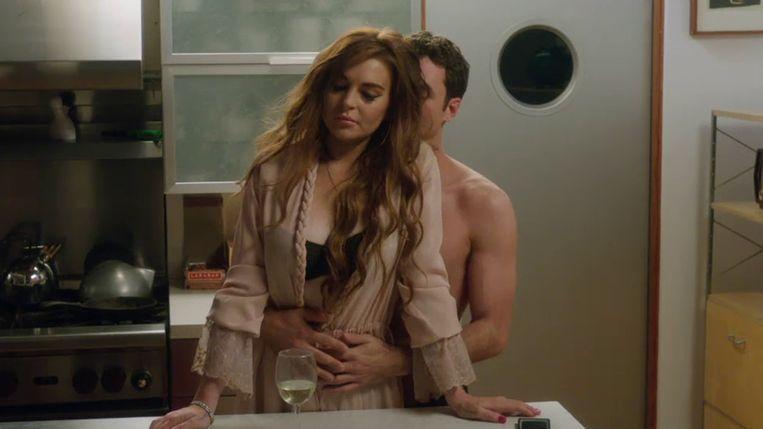 It is not really illogical that movie stars can make some demands during recording. After all, they make or break the film. But sometimes those demands go badly wrong.

Just think of Vin Diesel, who during the fight scenes in the ‘The Fast and the Furious’ films literally don’t want to give a blow less than his opponents.

These ten actors, too, maybe pushing their will just a little too far.

Ben Affleck is from Boston and therefore a big fan of the baseball club Red Sox. In the movie ‘Gone Girl’, it was actually intended that Affleck would wear a hat from the Yankees. Only, those are the direct rivals of the Red Sox. And so the actor revolted. “I said, “David, I love you and would do anything for you. But I’m not going to wear a Yankees cap. I just can’t do that. I can’t wear it because it’s going to be blown up to something big, David. I’m going to have to keep hearing it, it’s just not possible.” I just couldn’t put it on my head.” Eventually, Affleck wore a cap from the Mets as a compromise.

You wouldn’t admit it to him, but Tom Cruise demands that there are fifty custom-made strings on the set of his action films. According to one source, the actor wears those “G-strings made of a soft, stretchy material” during complex stunts so that he does not feel restricted and free.

“He was a bit embarrassed at first, but now he sees it as a way to improve his flexibility as he gets older,” says the source. And since Cruise is still doing his own stunts at the age of 57, it doesn’t seem that far-fetched.

Daniel Day-Lewis wanted to make sure that he could fully take on the role of Abraham Lincoln for the film “Lincoln”. That is why he demanded that all crew members claim him on the set as the president and he also refused to use technology that Lincoln could not access, just think of a mobile phone or a laptop. He also forbade anyone with a British accent to talk to him because it would distract him. The method also paid off, because the actor won an Oscar.

Nicolas Cage also likes to keep it true. In ‘Vampire’s Kiss’, the character of Cage is bitten by a bat flying through its window. The actor wanted to use a real bat for the scene, so he ordered the director to provide the animal.

However, he refused, which led to a big fight between the two men. Eventually, they used an animatronic: a moving doll. So Cage didn’t get his way this time.

Actors who set their requirements, it’s as old as the street. In 1950 Orson Welles played Genghis Khan in the movie “The Black Rose.” The actor insisted that his jacket be lined with mink. Only: the public did not get to see that lining clearly. Later it became clear why Welles had asked that question. In 1952 Orson Welles made the film ‘Othello’ and in it, the jacket could suddenly be seen again, but then turned inside out.

In 2014 Sharon Stone worked on the Italian film ‘A Golden Boy’. When the kiss scene arrived, the actress suddenly disappeared from the set. Producer Antonio Avati told The Hollywood Reporter about this: “She disappeared immediately. We were looking for her everywhere, but nothing! Then my brother got a call from Los Angeles from her manager. She didn’t want to come back to the set until all the photographers and especially the cameramen left. Of course, we gave in and as if nothing had happened, she shot the scene. What I found most absurd is that she locked herself in her car and called the States instead of just asking us.”

Steve McQueen was very happy that he was allowed to play in “The Towering Inferno” with Paul Newman, but that didn’t stop him from becoming too competitive. For example, the production actor demanded that he get 12 extra lines so that he had as much text as his opponent Newman. “McQueen is just very competitive with everyone – and I really mean everyone,” said his friend Don Gordon. In addition, he asked to shorten the edge of his fire helmet so that no shadow would fall over his face. The clothing department protested, says actress Susan Blakely. “They said that if they changed his helmet, they had to adjust all helmets. And he just said, ‘Change them then!’”

Shia LaBeouf also wants to do something extra for a movie. During the recording of ‘Fury’ he and colleague Logan Lerman watched how the makeup team inflicted false wounds, but LaBeouf was not convinced. “We were in makeup,” says Lerman. “They were making cuts on Shia and I said, “Yes, yes, that looks good!” And Shia said, “No, it doesn’t look real.” And then he went to the hall and said, “Hey man, do you want to see something funny?” Look! And he takes his knife and cuts his face. And for the rest of the film, he kept opening those wounds on his face. That is all real.”