The Guinean National Assembly on Thursday adopted a new civil code, which changes the legal provisions on monogamy. From now on, any man who wishes to be polygamous must have the agreement of his first wife.

According to the new law, marriage is subject to the regime of monogamy for all Guinean citizens. However, the future husband may, at the time of the marriage celebration, with the explicit agreement of his future wife, declare that he opts for polygamy limited to two, three or four women at most.

Only four of the 111 members currently serving in the National Assembly voted against. Two abstained. The new law is variously appreciated in Guinea, in Conakry, the capital, among others.

It is among women that one finds especially favorable opinions to this modification of the civil code. “We are going well … Thanks to this law, women will stop being marginalized, until then their opinion was not important” a Guinean woman reacts.

“If the woman does not think that her husband takes a second wife, that the husband refrain from doing so,” said another. Another still considers that “it is a big step forward” for the Guineans.

Few men opted for monogamy in Guinea. They welcome the adoption of the new law. Most of the men interviewed by BBC Africa in Conakry reject the changes made to the civil code.

“This law makes women even stronger in the home,” said a Guinean.

“And if the woman does not agree, doesn’t it cause problems?” Another wonders.

According to Imam Cisse, of the Kebe mosque, located in the suburbs of Conakry, the new civil code is contrary to the prescriptions of Islam relating to marriage. “Islam allows men to take up to four women, it does not say that if the first woman does not agree, we can not get a second one. The first woman can be informed of the decision to go get a second,” says the religious leader.

“Islam does not say that we should not look for a second woman because the first one does not agree, this law does not conform to the Muslim religion,” said Imam Cisse.

But the new law does not apply to couples formed before adoption. Last December, the Guinean president opposed the idea of an amendment to the civil code in favor of polygamy.

Silver King 'Mexican wrestler' dies during a fight in ring 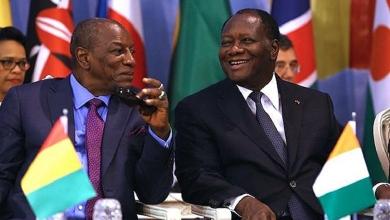