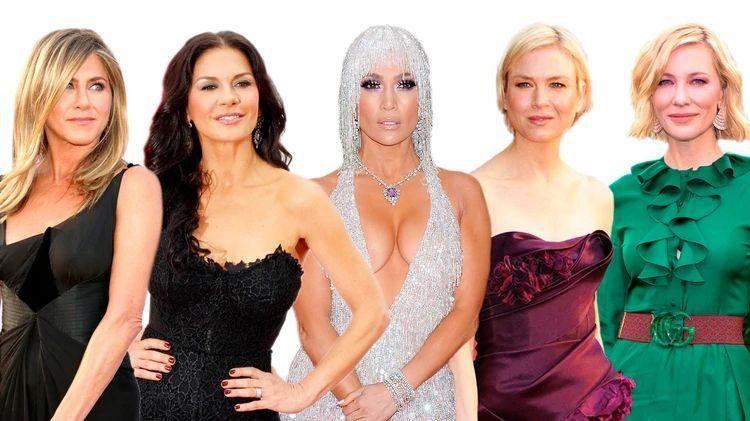 Some feel full and others have been in the eye of the hurricane because of the changes in their appearance. These Hollywood divas that turn 50: beauty, health, physical, and controversial changes

Hollywood divas have in common to be famous all over the world for their work in music or in Hollywood and also because in this 2019 they are (or have already) 50 years old. But not all are at the same personal and professional stage. Some feel full and others have been in the eye of the hurricane because of its appearance.

Jennifer Lopez was the most recent to join the “Club of 50” and did it in a better way than ever, with a new tour underway, a brand new movie and a commitment to former baseball player Alex Rodriguez.

It seems that J.Lo is at his best, with a balance between his personal and professional life. Something that was not easy for her, especially in relation to love, because as she herself declared, she was not used to being alone and going from one relationship to another.

“I still believe in fairy tales. The more I work on myself, the more I give myself the opportunity to share a truly profound and meaningful relationship that gives me my fairy tale and lasts forever,” the Hollywood diva also declared.

As for age, it’s something he doesn’t spend much time on. When Ellen DeGeneres asked her about it, J. answered, “I try not to think about it. I’m more about how I feel inside and I feel very jovial and energetic. I feel like I still have a lot of energy.” But how does a spectacular abdomen look? Based on exercise, diet, and discipline. Just a few months ago she undertook a challenge not to eat sugar for ten days and showed the results on her Instagram account, the same social network wheres she has repeatedly seen in a bikini.

J. celebrated her 50th birthday. Her fiance, Alex Rodriguez, gave her a Porsche of USD 140,000 and she invited more than 200 people to her party, held at a luxury property of the Estefan worth USD 32 million.

As in Lopez, it seems that in Jennifer Aniston time leaves no mark. Former Friends star turned 50 last February and posed topless at Harper’s Bazaar. In addition to ensuring that she doesn’t have time for a relationship, she said she felt safer than ever.

“I think our bodies are beautiful, and I think to celebrate them and feeling comfortable with them, no matter how old you are, is important. There should be no shame or discomfort around it.”

What is true is that if it is not the object of chance. The Hollywood diva trains four to five days a week. “For the past two years, I train with Leyon, who is my boxing coach. He has given me a love for the exercise I never had before. He is mental, he is physical, he keeps your mind sharp. It is something I really hope with a craving: I want it.”

With changes in the face

Another Hollywood divas, who also turned 50 (on April 25) was actress Reneé Zellweger, but for her, the recent times have not been the most glorious, at least not in terms of comments on her appearance.

For years it was one of Hollywood’s best-known faces thanks to the “Bridget Jones” saga or tapes like Cold Mountain and Chicago, but gradually it was moving away from the spotlight in Hollywood and now there are few interviews it gives or public appearances it makes. She only returned to the scene to debut on May 24 in dilemma, a Netflix production.

However, what has been most talked about in recent years is not her work, but her face. The actress was known for her peculiar image with slightly bulky cheeks and a characteristic look, but in October 2014 the alarms jumped. “What happened to Renee Zellweger?” They wondered when they saw a woman who looked nothing like the “Bridget Jones” star go through the red carpet of an event in Hollywood.

Later, Renee referred to the matter and said: “I laugh at people who think I look different!. I’m living a happier, fuller life, and I’m glad it might show.” Comments about her appearance have also rained on Catherine Zeta-Jones (who will be 50 on September 29), Renee’s companion in Chicago.

Michael Douglas’s wife was singled out in October 2017 when she presented “with a new face” at the Best Awards gala. Catherine left the audience with her mouth open, but not for a spectacular look, but for looking unrecognizable. The actress’s eyes looked smaller, while her eyelids looked more raised as did her cheekbones. Doubts were raised about whether Catherine’s new appearance was a product of makeup or extreme aesthetic intervention.

But beyond her appearance, it can be said that Catherine will reach 50 with an active career (she recently participated in the Queen America series) and with a firm marriage to Michael Douglas, who was about to divorce between 2013 and 2014, when it became known that they were separated after he recovered from cancer he faced and she fought bipolarity.

Fulfill years with a stable life

Cate Blanchett is one of the Hollywood divas who, at the age of 50 (May 14th), can decide when and with whom to work. After forging a solid career in Hollywood (with Oscar awards included), in late 2015 she decided to take a break to take care of her little Edith, a child she adopted.

Blanchett, one of those Hollywood divas whose time doesn’t seem to pass, arrives at half a century with a marriage of more than two decades to screenwriter Andrew Upton, with whom she also runs The Sydney Theater Company, in addition to having a production company.

The truth is that her agenda as an actress is not full of projects and not because there are no offers, but because Cate seeks a balance between her professional life and her family. About age, she said, “I don’t think about aging until someone mentions it.”