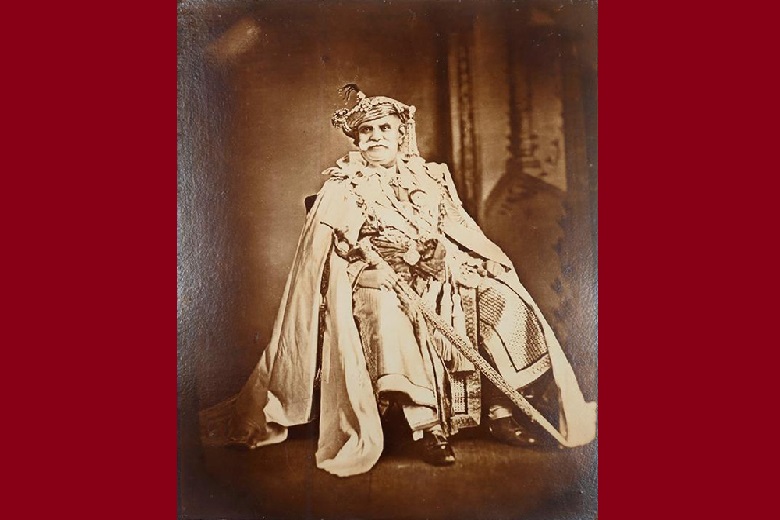 People are always convinced that charity is the lot of the rich. But it often happens that the valuable help needed comes from a completely unexpected source. A developing country helps a rich one. Even if this is sometimes not so much a useful gift as a sign of goodwill and solidarity, it is so important that people have not forgotten how to sympathize and help each other.

It happened when one Indian Maharaja was so impressed by human misfortune that he provided truly valuable help. The memory of which is preserved with gratitude in Ireland to this day.

This was the case, for example, when the American Choctaw Indians themselves lived in dire need but donated a huge amount of money for themselves to the starving people of Ireland. During a terrible “potato” famine. Or how, after the tragic events of September 11, a poor Kenyan tribe sent 14 cows to the United States.

It so happened that in the middle of the 19th century, a gentleman from Ipsden in South Oxfordshire served as governor of Benaras (now Varanasi). His name was Edward Anderton Reed. He became friends with the Maharaja of Benaras Ishri Pershad Narayan Singh. They often talked to each other.

The trouble that made the Maharaja feel deeply

Once Reed was telling the Maharaja about his homeland. The governor said what difficulties there are with water, how acute the shortage is, how residents are suffering from drought. Despite the fact that the Thames flows nearby, in this place, it is nothing more than a shallow muddy stream. There are very few springs on dry limestone hills, and they all dry up in summer. During these long periods of drought, people took water from muddy ponds or transported it by hand over many kilometers.

One story told in connection with this by Reed made a lasting impression on the Maharaja. The gentleman recalled that when he was a child, he came across a boy who was beaten by his mother for stealing a sip of water in the village of Stoke Row, five kilometers from Ipsden. This story impressed the Indian ruler so much that he decided to finance the construction of a well in Stoke Row County. Thus, to repay the good that Reed did for Benaras.

The well, now known as the Maharaja Well, is over 100 meters deep and almost one and a half in diameter. It was dug entirely by hand in difficult and dangerous conditions. To get to the water, the workers had to dig ten meters into the clay-gravel soil. Then dig the several remaining tens of meters of chalk interspersed with different layers of sand, each about two and a half meters long. The sand layers were the most dangerous – they threatened to crumble. The last few meters consisted of a mixture of chalk and shell rock.

The work dragged on for fourteen long months. The Maharaja himself could not control the execution of the work. But he closely followed the entire process from the photographs and information that Reed sent him.

The well was surrounded by a strong red brick foundation and iron columns. They propped up a huge dome, which was crowned with a gilded spearhead. A winding mechanism was installed on the well to draw out water. It was decorated with a golden elephant. In addition to the well, the Maharaja ordered a cherry orchard to be planted around so that its maintenance could be financed through the sale of fruits. A beautiful cottage for the caretaker was built next to the well. This lovely octagonal house has been privately owned since 1999.

Over time, the Indian ruler did not abandon the care of the well, making various additions and modifications. For example, in 1871, when Marquis Lorne married a princess, a footpath was built by the Maharajah. In 1882, when Queen Victoria survived an assassination attempt, he funded a ration of free bread, tea, and sugar, as well as lunches for the villagers.

The well has served society faithfully for about seventy years. Only with the appearance of a water supply system in these parts in 1920, its use came to naught, and it fell into decay.

The well was rebuilt in 1964 on the occasion of its centenary. This solemn event was attended by Prince Philip and representatives of the Maharaja. As a sign of friendship between peoples, a specially brought vessel with water from the Ganges was poured into the well.

The construction of the Maharaja’s Well in Stoke Row has inspired many other charitable activities among the wealthy Indians of Great Britain. As a result, drinking fountains were built in London park and a more modest well in Ipsden. It was funded by Raja Deonarayan Singh. These charity events bear witness to the warmth of the time between the British and Indian aristocracy in the mid-19th century, which is strange, considering the political situation of that period.

Less than ten years before the opening of the Maharaja’s Well, India’s first war of independence broke out. It was a brutal massacre that claimed the lives of hundreds of thousands, not only of Indian citizens and rebels but also of British officers. The event that took place in Kanpur stood out in particular. The massacre there was particularly brutal. The rebels hacked to death over a hundred British women and children, and their bodies were thrown into a nearby well. Thus, Stoke Row Well may seem like a very peculiar project choice for charity.

Today, the Maharaja’s well and the surrounding landscape with an orchard and cottage are historic sites in Stoke Row. The memory of the help, which came then very opportunely, and from there, from where they did not expect at all, is alive to this day—proving once again that despite any life circumstances, people, first of all, should remain human.

What do scientists know about the “Warriors of the clouds,” mentioned in the chronicles of the Incas