Fear of heights climbing is inherent in many people. Every healthy person has an instinct for self-preservation; hence this fear appears.

However, there are times when this turns into a phobia. Its name is acrophobia, and it manifests itself as an obsessive fear of heights, albeit small, even when there is no threat to fall from it. This phobia causes anxiety when flying an airplane. In such conditions, a person is uncomfortable realizing that there is a continuous “emptiness” under him.

People with acrophobia feel at their best:

The feeling of panic fear paralyzes not only the body but also the psyche. There are even tantrums. A person who has acrophobia may start screaming, tears appear in his eyes, he ceases to think and understand reality, his speech and thinking are disturbed, his hands and feet shake involuntarily. The incoherent speech of such a person will undoubtedly touch upon an intense fear of heights.

How to get rid of fear of height climbing

First, you need to consider whether you will be harmed physically in situations in which you experience fear. The meaning of a phobia is an irrational fear of something that most people do not consider dangerous.

In the case of an intense fear of heights, one should look into the statistical facts. Many objects associated with the appearance of fear of heights (tall buildings, flight vehicles, attractions) do not pose any threat to life. Everything that you are so afraid of is reliably designed and should not fall in any way. It would help if you believed that flying on an airplane or being on the balcony of a skyscraper does not threaten your life in any way.

According to statistics, aircraft are in a plane crash with a probability of 1 in 20 million. This figure can be compared with the likelihood of lightning striking a person (1 in 1 million). There are all kinds of relaxation techniques based on self-awareness.

An example is a yoga or meditation. These practices help to overcome fear and unnecessary anxiety.

There are also exercises that practice deep breathing and immersion in thoughts about situations that provoke fear. Relaxing exercises will allow you to find out the connection between the processes themselves and the emotions that arise against their background. You will be able to control your breathing, heart rate, sweating.

Control over the physiological processes caused by phobias and anxiety occurs if you devote yourself to sports, start getting enough sleep, and lead a correct lifestyle. Regular walks in the fresh air, as well as drinking homemade fruit juices, will help.

Five effective ways to get rid of itching after sunburn 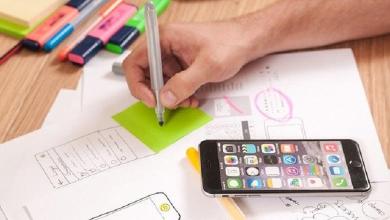