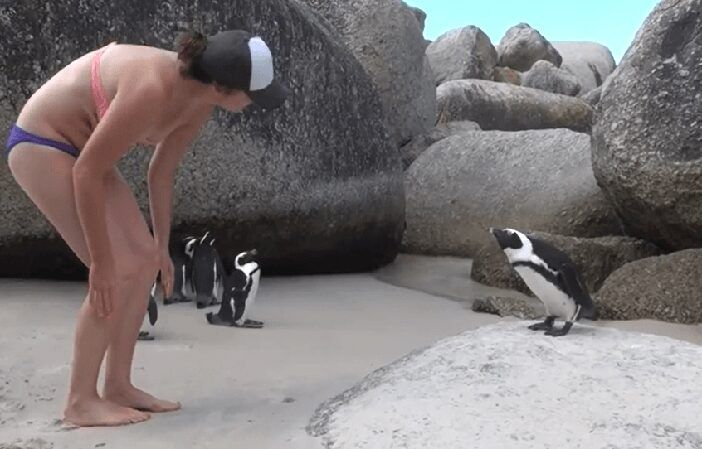 South Africa is a beautiful warm country filled with great stories and people, a place that is one of the most developed countries in all of Africa with an amazing population of 50.5 million people making up slightly more than five percent of the total population of Africa and this country not only shares borders with other nations but the vast open waters of the Indian and South Atlantic Ocean.

I want to know why now if you were to ask somebody to name the capital of South Africa most people will probably answer Johannesburg because it’s one of the biggest cities and it just seems like the right thing to say and even though it is the largest and most financially important city in all of South Africa that answer is not actually correct the truth is in fact South Africa has three official capital cities, Pretoria, for example, is the administrative side, Bloemfontein (Blooming Fountain derived from Afrikaans and Dutch) has control of the judicial side of South Africa and as for Cape Town it’s the legislative capital of South Africa.

South Africa is also quite a multi-ethnic and multicultural society, it has one of the most diversified cultures and languages in the entire world, and a low in history, there’s been a lot of problems over race and culture within the country.

The nation has 11 official languages recognized in the Constitution those are English, Afrikaans, Ndebele, Northern Sotho, Venda, Xhosa, SiSwati, Tsonga, Tswana, and of course Zulu, with Zulu being one of the most spoken languages and as for South Africa, it definitely has a record because there is no other country in the world that has as many official languages as this country.

Now, South Africa is also considered a treasure trove for archaeologists and paleontologists, the country alone has produced some of the world’s oldest and most valuable fossils today and of course, about a fifth of the world’s gold comes from mines in South Africa and speaking about digging and moving earth around to find these treasures.

Let’s talk about the ground itself because every year South Africa moves about two inches farther away from South America and this is a subtle continuation of what is known as the continental direct, then when it comes to health and Sciences the doctors of South Africa have done something that nobody else has and that is the first-ever heart transplant was carried out in the country, this was done at a Group Shore Hospital in Cape Town in 1967, the operation was conducted by surgeon Christian Barnard and even though the patient died 18 days later it was considered a success, this is because he died from double pneumonia but his body had not rejected the heart and from that moment on it paved a whole new pathway into heart surgery which is helped millions of people.

One thing about South Africa is there are some beaches that you can go and hang out with penguins which I find very weird because I thought penguins really like the cold, believe it or not, there are various breeding colonies of African penguins also known as the Jackass penguin they are usually found on the western coast of South Africa and one of the most famous places to visit these birds is in boulders beach which is just south of Cape Town.

With over 6 billion trees Johannesburg is considered to have the largest Manmade forests on the entire planet originally, Johannesburg was considered a grassland but they changed that relatively quick this is because trees were planted in the 19th century in order to provide wood for the growing mining industry.

One amazing thing that I always loved about South Africa is if you look at the map you will find something very odd about it and that is the country known as Lesotho which is completely landlocked and surrounded by the entire country of South Africa and although it is its own country if you look on a map and talk to some people will say it should have just been part of the country.

One other really interesting thing that is a coincidence within South Africa is it’s the only country in the world to have two Nobel Peace Prize winners who had houses on the same street this is VillaKazi Street in the subway to Johannesburg and the Nobel Prize winners that lived on that street were Nelson Mandela and Archbishop Desmond Tutu.

However South Africa is not just a place of Science and opportunity, it’s also a place of sport with soccer or football however you want to pronounce it is one of the most popular sports within the country, South Africa was the first African country to host the FIFA World Soccer Cup in 2010 but that’s not the only sport it can pull a record from, it is only the second country in the world to have hosted cricket rugby union and soccer World Cups after England.

And not only that but there is one other thing that the country can be really proud of, it is the only country in the entire world to build nuclear weapons and to voluntarily dismantle its own nuclear weapons program and to this day there is no country that has ever done it on a voluntary basis.

South Africa may be on the southern tip of Africa but it accounts for almost 25 percent of the GDP of the entire African continent, its economy is twice the size of Algeria which comes in second of GDP but that’s it.

We have just once again touched on an amazing country, South Africa is a country of proud and creative people and although the country has seen its dark moments around equal political and social rights, it has an astonishing history in cultures, science, understanding, and art a nation of people that have a unique story to tell, a country that may be very far south but has a voice that is heard far north