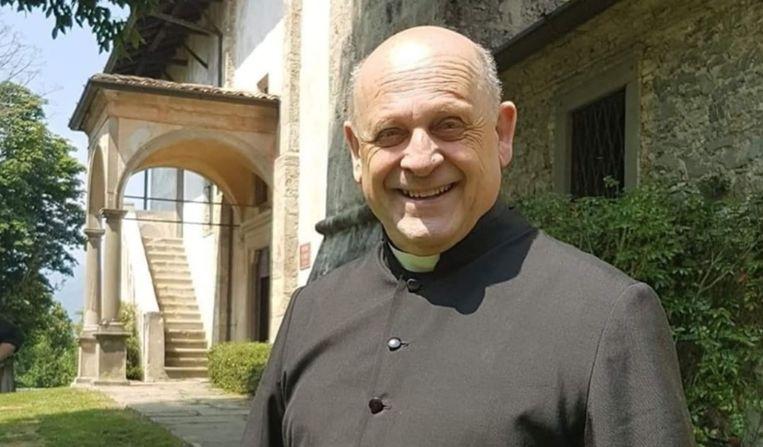 ‘No greater love than giving your life for your neighbor’. It is a biblical text that Giuseppe Berardelli (71) has put into practice like no other. The Italian priest who became infected with the coronavirus and ended up in the hospital with severe lung complaints received a ventilator from his parishioners. But he surrendered the device to a younger patient out of charity and died.

For fourteen years, he provided church services in Casnigno – twenty kilometers from Bergamo, where the corona outbreak has cost many lives. The priest, who also had underlying conditions, was not spared and contracted the coronavirus.

He was hospitalized with severe lung complaints. Meanwhile, his parishioners had raised money and bought a respirator for the sick priest. But Berardelli asked to give the device to a younger patient; he did not know who was experiencing breathing difficulties.

The exact age and condition of that patient are not known. But younger patients who have access to respirators have a much higher chance of survival.

The priest died this week after his great love of charity.

The extraordinary case was unveiled by the American Jesuit James Martin, who also works on the Vatican’s communications service. Berardelli had the heart in the right place and worked tirelessly for others. He was loved by everyone. His parishioners especially remember his “eternal smile” and “helpfulness”.

Berardelli’s death has a profound impact on the inhabitants of Casigno. “I was deeply moved by the fact that he gave his life, by giving the respirator to a younger person,” says a local retirement home worker. “This is a glimpse into the soul of someone who has won everyone’s hearts.” There was no funeral ceremony for the generous church father, but the residents of Casnigo applauded from windows and balconies as his coffin passed.

Bergamo, near Milan, is one of the most affected cities in Northern Italy. The country now has more than 60,000 cases of infection and more than 6,000 deaths from the coronavirus. Among the dead are at least fifty Catholic priests, who, like doctors and nurses, continue to do their work as much as possible. Today the Pope prayed to the dead doctors and priests, thanking God for their “heroic example” in helping the sick.