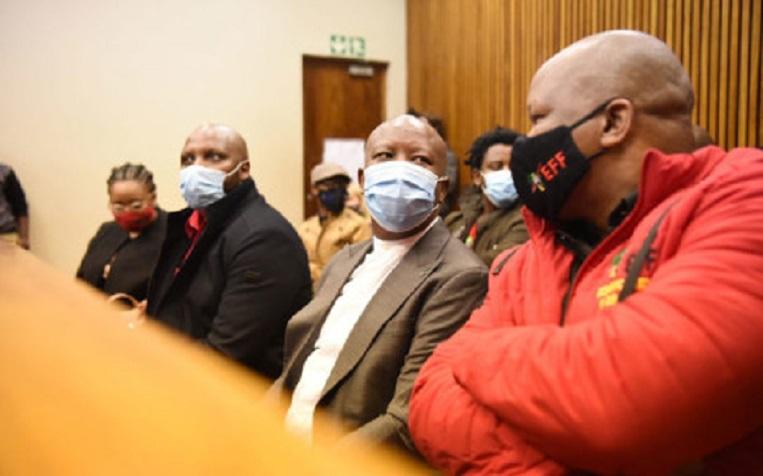 EFF leader Julius Malema and Mbuyiseni Ndlozi appeared on Tuesday in Randburg court in the case of the alleged assault of a police officer. The two politicians are accused of violently pushing an officer at the funeral of Winnie Mandela in 2018. They have denied having assaulted anyone. “If standing up to a white man makes me a thug, I’m a proud thug.”

Their appearance came amid high racial tensions in South Africa after the murder a few days ago of a young white farmer in the Free State province, 200 kilometers from Johannesburg. “This black boy who killed a white man has to go rot in jail. It is not our problem. We do not protect criminals,” Julius Malema assured his supporters gathered in court.

“But we will never allow the white men to show us what they showed Mandela, during the negotiations. This is no longer possible. This white arrogance must end. It can no longer be present, after 25 years of democracy,” he insisted.

The EFF leader also allegedly lectured black police officers during his speech to his supporters in court. He accused them of being cowards who were afraid to stop white people. While several police officers were to testify against him, he threw a pike against them. “They are black on the outside and white on the inside. They are here to defend a white man against theirs,” he said.

Remember that more than 500 farmers gathered in front of the government seat in Pretoria: kneeling on the lawn with flags and crosses in silent prayer. With their fists raised, they called on President Cyril Ramaphosa to end the violence against white farmers, who have reportedly claimed 38 lives since the start of the year.