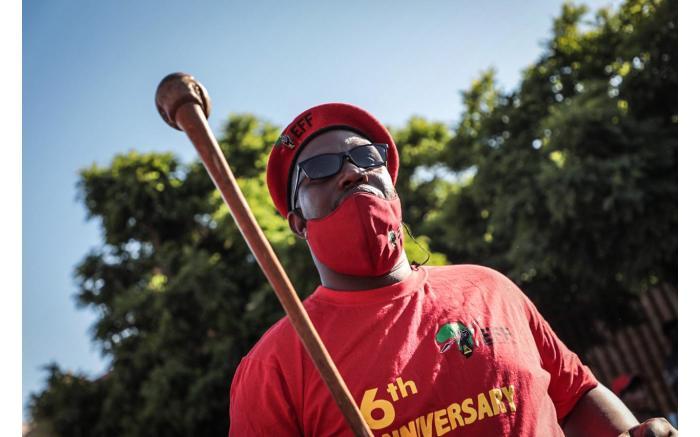 Economic Freedom Fighters (EFF) leader Julius Malema, who follows the US election very closely, calls on President Donald Trump to accept defeat if the end results do not turn out to his advantage.

“The ideology is the same (in the United States)… If they steal from each other, that’s fine. They taste what we have tasted here in Africa. They have to know what it is, but Trump is a crybaby, he has to accept defeat. If he is defeated, he must accept. The same with Biden,” said Malema.

The South African politician was speaking at Centurion, in front of Pharmacy Direct, yesterday Wednesday, November 4, 2020, following a memorable visit. Along with several party members, he had gone to meet with the company’s management about the unpaid funds of the unemployment insurance scheme (UIF) of the Temporary Employee Relief Scheme (TERS).

Trump and Biden are fighting to become President of the United States in a hotly contested election, which has escalated since Americans went to the polls on Tuesday, November 3, 2020. As it seemed First that Trump was on track to secure a second term, the latest polls show Biden leading in several key battlefield states, but the vote is yet to be concluded. Much of the mail-in ballots (reportedly from Democrats) have yet to be counted, indicating a possible victory for Biden.

Donald Trump has often hinted that it is not easy to concede in case he does lose the election to his rival, raising concerns over a difficult transition of power. The New York politician-turned-playboy has cast doubt on the validity of the mail-in votes and has gone to court to challenge them.

“It is the first power in the world. They can’t talk about election rigging because they’re supposed to have the most sophisticated electoral system… and if we (countries) in the third world still complain about rigging and the first world complains too, then the democracy is in danger,” Julius Malema said.

Trump has sued, in Pennsylvania, Michigan, and Georgia, demanding better access by campaign observers to places where ballots are processed and counted. His campaign appears to be panicking and intends to demand a recount in Wisconsin, which Biden won. So far, Biden has garnered 264 votes in electoral colleges while Trump has 214.