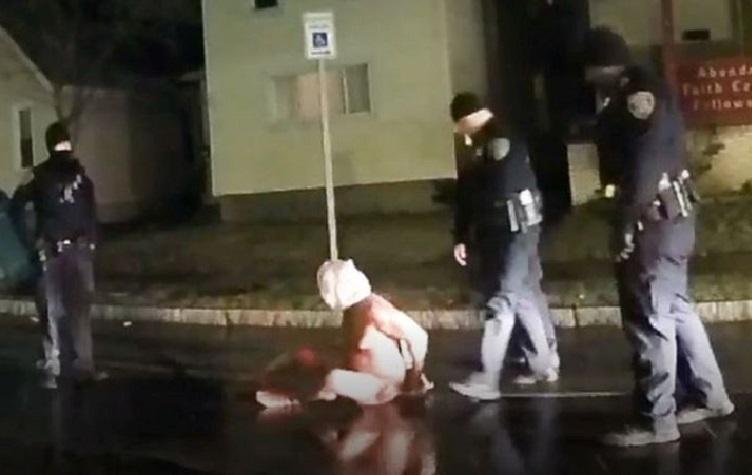 The New York prosecutor sets up a grand jury to investigate the death of black man Daniel Prude. Prude was arrested in Rochester at the end of March and died a week later from asphyxiation.

At his arrest on March 23, Prude, who was naked and apparently under the influence of drugs, had a hood over his head and was pushed to the ground by officers. His family had obtained the images from a bodycam on the basis of rules about public access to information. The photos surfaced on Wednesday, and protests have been raging in Rochester ever since.

The formation of the grand jury, a group of citizens who decides whether the prosecutor has sufficient evidence to prosecute, strengthens the authorities’ response to Prude’s death.

“The Prude family and the Rochester community have endured a lot of pain and fear,” New York State Attorney General Letitia James said in a statement. “My agency will immediately take steps to set up a grand jury for our investigation into this case,” he said.

The announcement comes a day after another clash between protesters and police in Rochester. Three officers were injured when protesters against racism and police brutality threw stones and set off fireworks in the center of the city. At least eleven people were arrested.

New York Governor Andrew Cuomo said on Twitter that the decision to form the grand jury was “applauded”. ‘Justice delayed is not justice, and New Yorkers deserve the truth,’ it sounds

On Friday, seven police officers involved in Prude’s fatal arrest were suspended. The agents arrived on the scene after a call from Daniel Prude’s brother, who was experiencing mental problems and a crisis. “I called for help for my brother, not so that he would be lynched,” Joe Prude told the press on Wednesday.