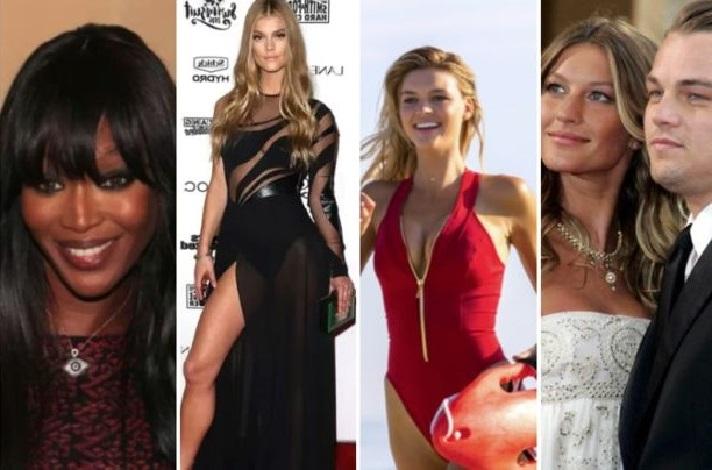 Leonardo DiCaprio (45) has been one of the most coveted men in Hollywood ever since he walked into lives as the handsome Jack from ‘Titanic’. He took advantage of that because the actor has hardly ever been spotted without a very young model on his arm. Today, however, he seems to have finally found the love of his life, after a lot of searches.

Is Leo slowly getting serious on a romantic level? The actor seems to have found the right one in the Argentinean-American Camila Morrone (22). She doesn’t mind the 23-year gap between them. “There are so many relationships with a big age difference. In Hollywood and throughout history.” And yes, also in Leonardo’s love story itself. He always had a preference for young models.

Bridget was one of the first loves of the actor. Although they have never confirmed their relationship, many witnesses believe that the two were dating in 1994. Bridget was also the very first Victoria’s Secret model with whom Leo had a relationship.

However, the romance with Bridget was short-lived, and the same year Brittany Daniel appeared on the scene. The two met on the set of ‘The Basketball Diaries’. He was 19 at the time, and she was 18.

The second Victoria’s Secret model in the list, and one of the most famous, is Naomi Campbell. The two went on dates a few times in 1995, but eventually decided they were better off as friends.

Kristen was the first long-lasting love in Leonardo’s life.  Leo had her fly over to the set of ‘Titanic’. “Because I can’t miss her,” he said at the time. “I can’t wait to come home to her in the evening.” Apparently, their romance broke up because Kristen didn’t like the limelight, but the two always remained close friends.

By the time ‘Titanic’ came out, Leonardo had already found a new love: Helena Christensen, another Victoria’s Secret model. However, their romance only lasted a few months.

Later that year, he met Bijou Phillips. She was already used to life in the spotlights, because of her famous father: singer John Philips. Leo helped her get a role in the movie ‘Black And White’ after introducing her to the director.

Not much later, he taught model Eva Herzigova. Sure enough, she also posed for Victoria’s Secret, making her fourth in the list. They met at a party in Paris and had an affair for several months.

Apparently, Leo was so impressed with Amber when he saw her in a magazine that he made sure his manager arranged to meet her. After that, they had a brief romance.

One of the better-known names on the list. Gisele and Leonardo had a flashing light relationship in the early 2000s. After four years, she would have got tired of waiting for an engagement ring, on which she left him.

Refaeli and DiCaprio got to know each other at a party that was given by U2. They started talking about politics, something they were both very interested in. However, it was not enough to keep them together. After a number of previous break-ups, they decided in 2011 to put an end to their relationship for good.

When the flashing light turned red during his relationship with Refaeli, Leo was linked to model Emma Miller. They were spotted at a restaurant together.

Leonardo met Pussycat Doll Ashley Roberts at the Cartier International Polo event in 2009. Their romance was very short but passionate.

That same year, Leonardo had a brief affair with Russian Victoria’s Secret model Anne Vyalitsyna. He treated her and a group of friends on a trip to Ibiza. There they could “not keep their hands apart,” witnesses said.

Fans raved about the romance between Leonardo and actress Blake Lively. “She is a very steadfast girl,” said the actor’s friends. “Maybe she’s the one.” Unfortunately, their relationship lasted only five months.

Later in 2011, during the filming of ‘The Great Gatsby’ in Australia, he met Alyce Crawford. However, his relationship with the model did not last long.

Erin lasted a little longer with the actor. They met in Australia and stayed together for twelve months. They said they never argued, “but it was time to move on without each other.”

Later that year, he dated Madalina Ghenea, who did not want to talk about their relationship. “I want to be known for the projects I work on, not the people I have a relationship with,” she said.

Another Victoria’s Secret model: Toni Garnn was one of the ladies who had a rather serious relationship with Leonardo. The two even moved in together for a while. Unfortunately, it ended in nothing, and they broke up a year later.

Kelly Rohrbach was 25 when she met Leonardo. Not only was the model a beautiful appearance, she was also a graduate of Georgetown University and was, according to many, “a great smart conversationalist”. The couple was together for a year and broke up as friends.

Leonardo met Lauren in the Caribbean in 2014. Two years later, he took her as a guest to his Oscar party. Lauren is best known for her role in ‘Made In Chelsea’.

Another possible power couple: Rihanna and Leonardo are said to have met at the Playboy Mansion during a Golden Globes after-party in 2014. They had been friends ever since, and the spark would have passed in 2016. They were together during Christmas and New Year, but it was over by Valentine’s Day.

Meanwhile, the 10th Victoria’s Secret model in the list: Nina Adgal went on holiday together several times between 2016 and 2017.

Finally, there is Lorena Rae, an Instagram phenomenon that was also on the catwalk. The two were spotted together over lunch in New York.