The QAnon shaman, who caught the eye with his striking outfit during the storm on the Capitol, says he is deeply disappointed in Donald Trump. According to his lawyer, he is therefore willing to attend the impeachment trial against Trump and to testify against the former president.

Jake Angeli, real name Jacob Anthony Chansley or ‘QAnon Shaman’, was one of the most notable participants in the storm on the Capitol in Washington on Wednesday, January 6.

Photos of the man wearing a fur cap and cow horns over a face painted in American colors went around the world.

The man calls himself a “patriot” and is an ardent supporter of QAnon’s far-right conspiracy theories and, until recently, of Donald Trump.

QAnon is a conspiracy cult that Trump sees as the savior of the nation against the plans of the so-called rotten deep state. After Joe Biden’s inauguration as president of the United States, several QAnon supporters lost faith in Trump.

Angeli, who is being prosecuted for his part in the violence in and around the Capitol, is now turning his back on the former president.

Albert Whatley, Angeli’s attorney, says the man is disappointed that Trump has not pardoned him and other rioters during the final days of his tenure. According to the lawyer, Angeli was “madly in love” with Trump, and he currently feels betrayed by the ex-president. The shaman states that he traveled to Washington at the request of the president.

The man, who is in prison awaiting his own trial, says he wants to attend the impeachment trial against Donald Trump, which starts on February 8, to testify against the former president.

Prosecutor Michael Sherwin said earlier that several of the 135 people detained after the storm have stated that they were following Trump’s orders by participating in the riots. 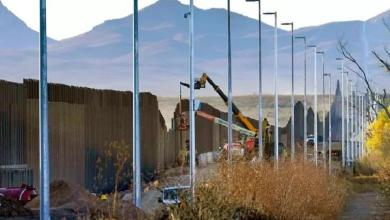