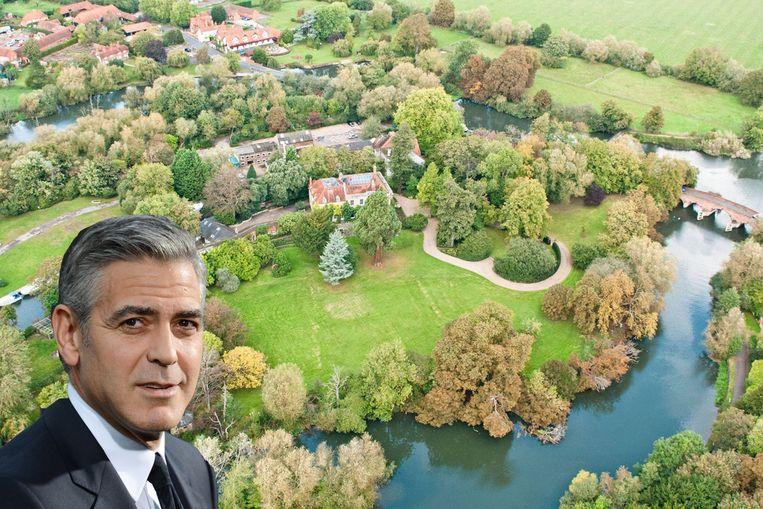 Where you completely relax like a celebrity? On your own private island of course! These celebrities deposited a lot of money for a bit of privacy.

Exotic nature, snow-white beaches, beautiful weather, but above all: thanks to the surrounding water completely closed off from the outside world. These celebrities deposited a lot of money for a bit of privacy.

In 2005 Leonardo DiCaprio bought a beautiful island of 420.877 square meters off the coast of Belize: Blackadore Caye. The actor has great plans with the relatively small island, which he bought for 1.75 million dollars.

He wants to turn it into a luxury eco-resort, with 36 bungalows and villas that are fully integrated into the landscape and work on solar panels.

The intention is to minimize the impact on the ecosystem of the island by replanting the mangrove (a tree species, ed.), Replacing the invasive species with native species, and more than half of the island species, as a protected nature reserve. Sometime in 2019, the resort should open.

Johnny Depp fell in love with the Bahamas when he filmed ‘Pirates of the Caribbean’ in 2004 and decided not long after to buy a real island. For $3.6 million, Little Hall Pond Cay was his property.

The island is at least heavenly: 182,110 square meters of dunes, a lagoon with palm trees and white beaches.

Depp also chose to name the beaches after his relatives, as well as journalist Hunter S. Thompson and Marlon Brando. The latter Depp reportedly gave advice on how to purchase an island.

Marlon Brando may have done the best deal of everyone on this list. For only 270,000 pounds he managed to turn an island in French Polynesia on the head in 1996. It did not take long before he turned the primitive palm huts that were there into a glamorous resort: The Brando.

Anyone who comes here on holiday can have better things to spend because the exclusive holiday paradise is known for its high costs and selective club guests looking for privacy, paradise beaches, and a weekly cocktail party.

The food is also catered for because in the two-star restaurants the Paris chef Guy Martin is at the helm.

Magician David Copperfield did not have enough on one island, so in 2006 he immediately bought a group of 11 islands in the Bahamas. He paid 50 million dollars (converted 43,769,614 euros, ed.). For the islands, which are called Musha Cay. The whole area was then converted into ‘The Islands of Copperfield Bay’, a luxury resort that is described as ‘one-part Casino Royale, two parts Blue Lagoon’.

Those who want to spend a night in Musha Cay need $42,000 per night for up to 12 guests can cough up. In return, guests get their own private island, with 40 private beaches, an outdoor cinema, a speedboat, a gym, tennis courts, and ‘secret adventures’.

Among others, Oprah Winfrey, Bill and Melinda Gates and John Travolta were already tempted to spend one or more nights there.

When George Clooney in 2014 in Buckinghamshire, Great Britain, was recording the movie “The Monuments Men”, he apparently fell in love with the environment.

So, he and his wife Amal decided the same year to buy the 17th century Mill House, which lies on an island of 16,187 square meters in the middle of the Thames.

Slightly less exotic than the other islands, but in exchange the Clooney’s get a historic building with indoor pool, home cinema, conservatory, and a private boathouse. Reportedly, the two pays 10 million pounds.

Back to more exotic locations than… Mel Gibson also seemed to need some rest and so in 2004, he bought the island of Mago from a Japanese company. He had spent $15 million for over, so outdated the LA Times.

In exchange, he was offered 21,853,260 square meters of volcanic nature. Sun, sea, and beach abound because of Mago bursts with powder-white beaches and turquoise lagoons.

For actor Gene Hackman, an island does not have to be big. Until 2008 he owned Fawn’s Island, with an area of 9,307 square meters. The area is located somewhere between Canada and Washington and was named after the deer that swim there to get young: deer calves or fawns.

On the property, its a renovated house of 326.5 square meters and two guest houses, which Hackman used as a fitness building and art studio. In 2008 Hackman sold the island to move to an even larger and even more deserted island in British Columbia.

Eddie Murphy did not go far when he was looking for a private island in 2007. He has family from the Bahamas, and once owned a small island near Nassau: Pearl Cay. His choice fell quickly on Rooster Cay, which is 60,703 square meters.

He counted 15 million dollars for his own paradise. Nature lovers can breathe a sigh of relief because Murphy decided to leave the island largely untouched.

It may seem like an unlikely duo, but pop star Shakira and Pink Floyd frontman Roger Waters joined forces in 2011 to buy the island of Bonds Cay in the Bahamas. There they had about 16 million dollars (For about 14,005,051 euros, ed.). The island, which is 2,832,830 square meters, has five white sandy beaches, three salt lakes and many waterfalls.

The ideal place for an idyllic hotel where artists can retreat for a break away from their hectic existence. One promises a restful holiday in the boutique hotel or in one of the luxury apartments. In addition, there are galleries and regular performances. The focus should, therefore, be more on art and music than on pure holiday.