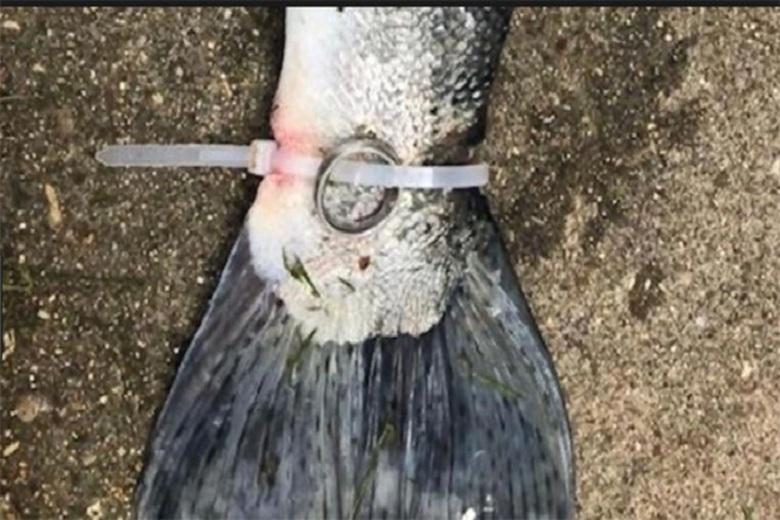 Fishermen sometimes dare to brag with their catch, which can take on colossal proportions, especially in their imagination. But Joe Penar came in the news with a regular rainbow trout, which he caught during a competition on Lake Michigan on Friday. Well, ‘just’: the fish had a wedding ring around its tail.

“It was weird, who does such a thing and why?” The ring was fastened with a plastic strap around the tail of a rainbow trout. The answer did not take long.

It was a certain captain Jason Rose who had caught the ‘steelhead’ on May 4 and tied it to the ring with a tie wrap. He then left the fish in the water again. After almost ten years, Rose’s marriage had gone wrong. According to Rose, a fishing guide, his wife could not bear to pursue his dreams and she thought he would go fishing too often.

Four years after the divorce, Rose wanted to get rid of the ring in an original way. He didn’t want to sell it or just throw it in the water. “I did it my own way. I am convinced that that ring is cursed. Since I got rid of it, my life has become amazing,” said Rose.