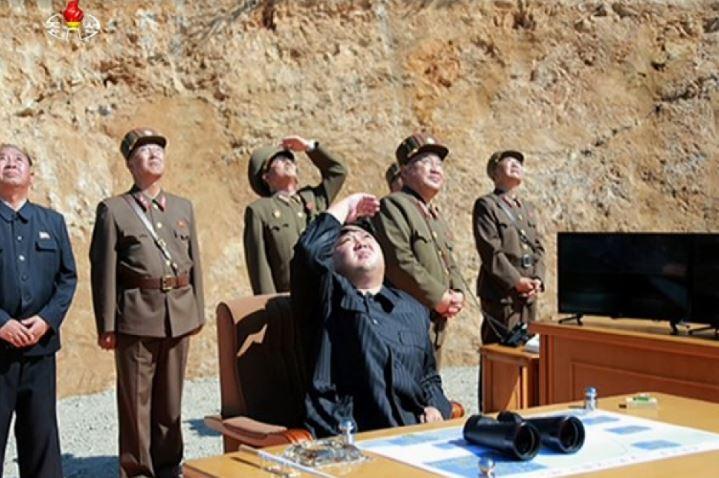 The rumor mill around the prolonged absence of Kim Jong-un continues to run. According to a former senior official of the North Korean regime, the dictator was injured in the launch of missiles, a South Korean newspaper reports. The defector relies, among other things, on reports of the tests that do not include the dictator’s name. Also remarkable, he finds: no images of the conscious exercise have appeared.

First and foremost, extreme caution is advised in speculation about Kim Jong-un’s health and coverage of the North Korean leader. There are no recent updates to his health in North Korean state media, which is unusual, according to experts.

Joo Sung-ha, a North Korean defector who became a journalist, claimed, according to the New York Times, that Kim Jong-un is likely to have health problems, but that he had no confidence in reports of his specific medical condition.

So now there is a new claim, this time from a certain Lee Jeong Ho, a former senior official of the regime who defected from North Korea to the United States. According to him, the dictator on April 14 was still “healthy” enough to allow short-range firing missiles, but the dictator himself was injured shortly after the test.

The missile launch may have taken place, according to reports. On April 14, South Korean news agency Yonhap, citing military officials, reported that North Korea had fired several short-range missiles. The projectiles plunged into the Sea of Japan.

“No images of launch”

“Kim Jong-un was absent from the reports of the tests, and there are no images of the missile launch, nor of the fighter planes, suggesting a possibility of an accident,” said Jeong Ho. Additional evidence, according to Jeong Ho, is that the North Korean state medium of Rodong Sinmun should not publish images of missile tests without the leader’s permission.

Jeong Ho labels it as implausible on the rumors that Kim would be brain dead after heart surgery. He also thinks it unlikely that Kim would be treated at Hyangsan Hospital near Mount Myohayng. Reason? The specialist physicians treating the leader are located in the capital, Pyongyang.

According to the Washington Post, rumors of Kim Jong-un’s health have led to panic purchases in the capital Pyongyang. It is reported that people would have smashed rice, spirits, cigarettes, canned food, and electronics, and helicopters would fly low over the city.

According to the Chinese state channel CCTV, which was based on a North Korean state medium, Kim is said to have sent a letter of thanks to workers in the construction of Samjiyon City, a city in the north of the country. An American monitoring website that monitors developments in North Korea has spotted a train in the eastern coastal city of Wonsan that is probably Kim Jong-un.