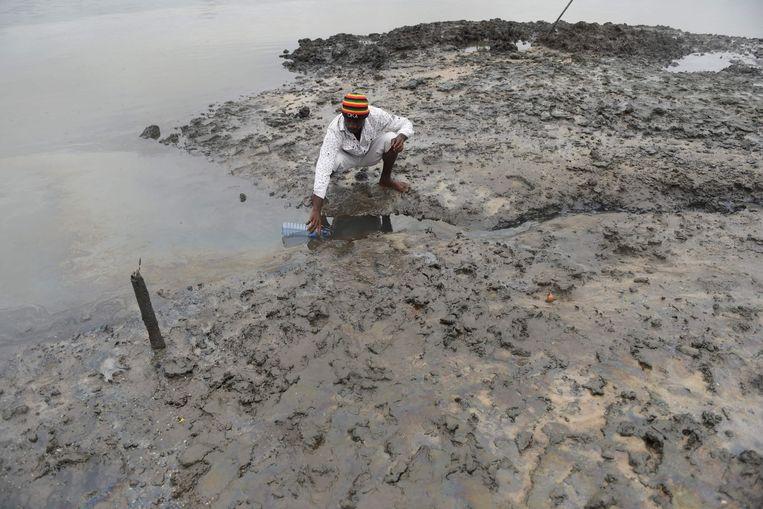 Environmental organizations are today publishing new research findings on cleaning up “the world’s largest oil spill”. For 60 years, oil has been pouring into the land and into the rivers every day in the Niger Delta through leaks. Shell and other oil companies are responsible, but no clean-up is achieved, according to the researchers.

In 2011, the United Nations mapped pollution in the area. The drinking water turned out to be highly contaminated with carcinogenic substances. Only a rapid emergency response package could turn the tide, according to UNEP, the UN’s environmental agency. Costs for this major cleaning: about 1 billion euros.

Since then, Shell has started cleaning up with the Nigerian government and other oil companies. But, according to the researchers, it was only in 11% of events that action was taken in nine years later, and not a single one has been found free of pollution. In large parts of the Nigerian River Delta, the involvement has still been adapted to heavily polluted drinking water.

And that is “unacceptable”, say the four environmental and human rights organizations that drafted the report, namely: the Dutch Milieudefensie, the Nigerian Environmental Rights Action (ERA), Amnesty International and Friends of the Earth Europe.

“The people of Ogoniland don’t just die from toxic fumes, polluted fish, and water full of oil. They are sick of waiting for justice”

It is a major problem that Shell fulfills important management and advisory functions within HYPREP. That is the special cleaning organization that the Nigerian government founded, they say. The report shows that money intended for the clean-up went to poultry farming, a palm oil farmer, and a ‘‘fashion house and car dealership’. The organizations found no annual plans, budgets, annual reports, or audits regarding the status of the cleaning process.

According to Godwin Ojo of the Nigerian ERA, the people of the Niger Delta are completely fed up with Shell’s failing approach.

Ojo: “After nine years of empty promises about the approach and decades of pollution, the people in Ogoniland don’t just die because they breathe toxic fumes every day, eat oil-polluted fish and drink oil-infested water. They are also sick of waiting for justice. Shell and the Nigerian government must acknowledge that the HYPREP cleaning project has failed in its current form. It needs to be revived by setting up skilled technicians and strategists and getting the community seriously involved.”

Donald Pols, director of the Dutch environmental organization Milieudefensie: “The state of health and living conditions are so bad in the Niger Delta that you can talk about human rights violations of the most serious kind. The inhabitants there are entitled to restoration of their agricultural and fishing grounds and to a healthy living environment. They are also entitled to compensation for all those years of living in Shell’s oil hell, with no chance of work, food, and decent living.”

The results of the report are so bad that Pols wonders “whether Shell has ever seriously considered cleaning up”.

According to the Shell Petroleum Development Company (SPDC), the report ignores the fact that most of the recommendations require the concerted effort of multiple stakeholders. The Federal Government of Nigeria coordinates them. In addition, SPDC has taken action on all recommendations addressed to it and completed most of them.

SPDC said in a statement that it supports the implementation of the UNEP report and the HYPREP, founded by the Nigerian government. The bodies that supervise the remediation process, plus the financing thereof, are also receiving support from Shell.

“We will continue to actively support this remediation process together with other stakeholders and within a transparent supervisory structure. In addition, SPDC has developed programs that aim to prevent and minimize the effects of crude oil theft and illegal refining in areas where SPDC operates. We do this, for example, by developing pipeline supervision from the local community or by promoting alternative livelihood programs, such as youth entrepreneurship initiatives and education grants.”

Shell has been brought to court a number of times this year. On June 23, 2020, in the UK on pollution in Ogoniland. In early October in the Netherlands for an appeal in the lawsuit that four Nigerian farmers, together with Milieudefensie, filed against the company. In this case, the affected farmers and their communities are demanding compensation from Shell for the oil pollution in their habitat.

At the beginning of December 2020, Shell must appear in court in a case brought by Milieudefensie for causing climate damage. The environmental organization requires Shell to stop drilling for oil and gas.

At the end of last year, there was a lawsuit that Nigerian widows had filed against Shell. They accuse the oil company of being involved in the deaths of their husbands, who had been critical of Shell and the military regime and were hanged less than two weeks after the death sentence was passed.