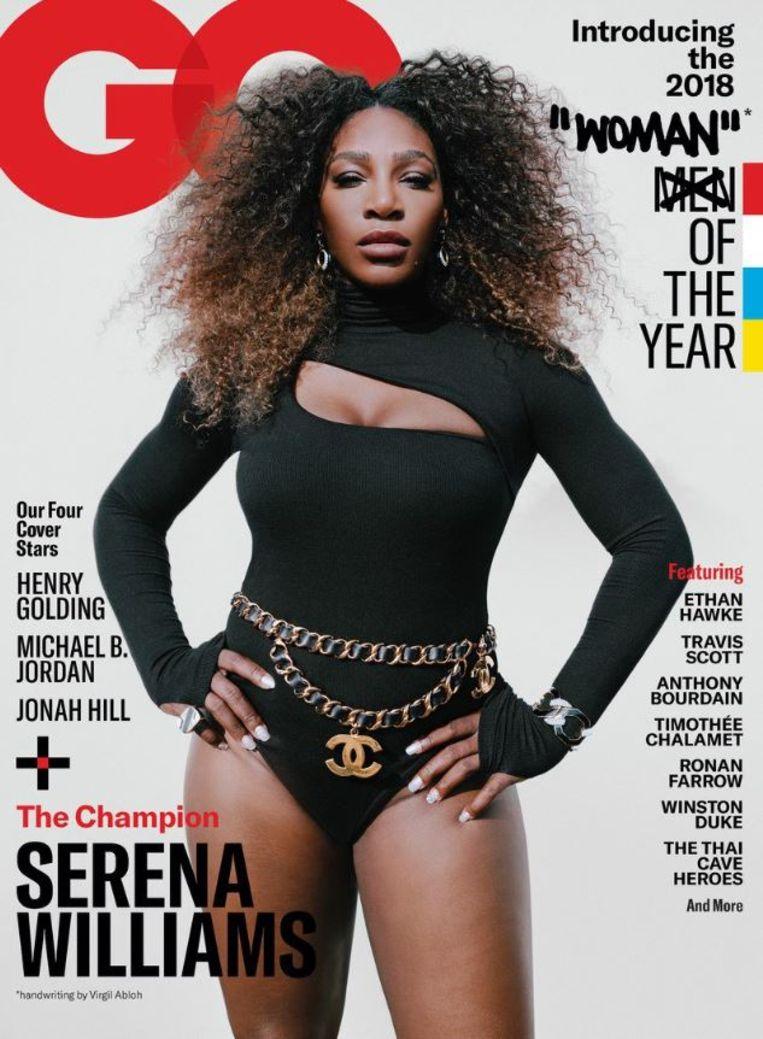 Serena Williams (37) has been voted ‘Woman of the Year’ by the renowned American lifestyle magazine GQ. The tennis legend also adorns one of the four December covers of that specific magazine. And that is accompanied by the necessary controversy on social media, where they wonder why man is crossed out. And women are put in double quotation marks.

Just like the title, the outfit of the youngest sister Williams, called ‘The Champion’ by the monthly magazine, also catches the eye. A black gym suit, including incision, with long sleeves and high collar. But especially the “Woman” in quotation marks causes misunderstanding on social media. In a reaction via Twitter, Mick Rouse, research manager at GQ, states that the “woman” is handwritten by designer Virgil Abloh, who recently made his double mark of the double quotation marks. Abloh previously worked with Serena and Nike. For example, on her recent US Open outfit, “Serena” was on her tennis shoes and “Logo” on her striking dress that was very similar to a tutu.

In an open letter to the popular American social news website reddit, Williams last year spoke frankly about the struggle she is doing because of her muscular appearance. “I am often called a man because I look very strongly from the outside… I should not belong in women’s tennis but should play with the men, because I look stronger than many other women. No, I just work hard and am born with this ‘baddass’ (freely translated: tough, ed) body on which I am proud.”

Serena Williams has already had an eventful 2018. In January she told Vogue that she had almost lost her life at the birth of her daughter Alexis Olympia last year. Then made her comeback in the spring on the court. And won the finals of both Wimbledon and the US Open. In London she lost in her search for her 24th Grand Slam Victory. An equalization of the absolute record, of Angelique Kerber. In New York there was that fiercely discussed defeat against Osaka when she denounced the umpire for thief.

GQ elected actors Michael B Jordan, Henry Golding and Jonah Hill as men of the year. Since 2003 QG has also chosen a woman next to a ‘Man of the Year’.

Tennis boss lashes out at Serena again, to which her husband replies

Top Reddit resigns and wants black candidate to replace him

Oops! Did Serena Williams just give away the sex of Meghan’s baby?

Serena Williams reveals her physique after losing over 20 kilos