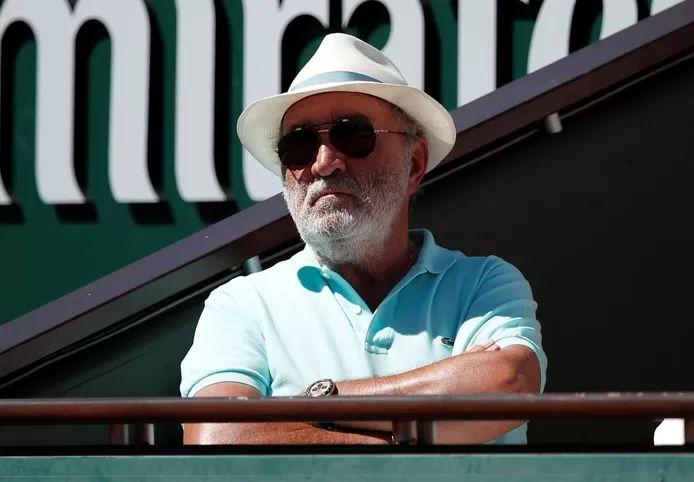 It’s back on the upper arm between clan Serena Williams and Ion Tiriac (81). The latter, billionaire, ex-tennis player, and currently head of the ATP tournament in Madrid and the Romanian tennis federation, said openly that the 39-year-old American should put away her tennis racket. And that was not at all to the liking of Alexis Ohanian, Serena’s husband. Also, because it is not the first time that Tiriac has targeted his wife.

The ball started rolling again in ‘Network of Idols’, a program on the Romanian TV channel TVR. The 81-year-old Romanian soon got Serena Williams’s theme thrown at the feet, after which he again did not shy away from the controversy.

“At her age, and at the weight she currently sits, she’s not moving nearly as smoothly as she was 15 years ago. She was a sensational player, but she just quits playing tennis if she has a bit of decency. In every way.”

In reply to a previous tweet, he said that “no one gives a damn what Ion Țiriac thinks”, then admits in another that he had to Google the Romanian. “Had to Google it… turns out my 3-year-old has more Grand Slam victories than this he”, it said, followed by a third copy. “2021, and no holding back when a racist/sexist clown with a platform comes for my family.”

Therefore, it was not the first time that Ion Tiriac, the Romanian top tennis player Simona Halep and last year the third richest Romanian with an estimated net worth of 1.23 billion euros, openly insulted the 23-time grand slam winner.

In 2018, he already claimed that the sport needs new personalities, after which he also brought up its weight. “With all due respect, Serena is 36 and weighs 90 kilograms,” he told a German newspaper at the time. Then Serena herself responded to the statements. “Everyone can have their opinion. (…) But he is ignorant, and his statements are sexist,” she said at the time.