Kenyans are widely known for their marathon race, but with a history marked by a lack of resources in the past, Kenyan cuisine has long been characterized by the need to feed the masses efficiently. It is still present in the country’s culinary culture today.

Nonetheless, away from the large luxury dishes, you may be pleasantly surprised by Kenya’s cuisine. The latter offers a great natural wealth with a wide variety of tropical fruits and vegetables, accompanied by all meat types (except pork due to Muslim influence). The most consumed is beef or goat, followed by lamb and even camel.

Also, the warm waters bordering the country make it possible to consume quality fish and seafood. Although it is a simple and austere cuisine, it will not leave anyone indifferent and beneficial for open-minded tourists looking for new experiences. Here is a list of typical Kenyan dishes.

Manzadi is a deep-fried dough ball, which flavor with coconut, nutmeg, and cinnamon.

Depending on the cook, it is a sugar bomb! It is fried and smells like an oliebol. We mainly know it with honey, very sweet but, oh! So delicious and vegan!

Matoke is originally a dish from Uganda, although it is also widely available and popular in Kenya. They are bananas cooked in a pot with some oil, tomatoes, onions, garlic, chilies, meat (optional), and lemon juice. The bananas will be cooked until they soften and form a thick sauce with the other ingredients.

The result is a delicious dish reminiscent of boiled potatoes in sauce and excellent to eat with rice, ugali, or a chapati.

The simple formula of diced tomatoes, chili peppers, coriander, cucumber, parsley, onions, and sometimes avocado is a natural power mixture of vegetables that cultures have discovered from Mexico to Kenya. Kenyans enjoy kachumbari as a garnish, a salad to accompany Nyama Choma or beans.

Mutura is the natural Kenyan sausage, a high-protein meat snack that any beer drinker could envy. Goat intestine wraps fill with the enticing combination of ground meat parts and goat blood. Until almost done, the sausage cook threw on the grill to dry out the meat and give it that thrilling smoky flavor.

No Kenyan food list is complete without a mention of Nyama Choma, also known as grilled meat. Beef and goat are the 2 most common forms of Nyama Choma, but chicken (Kuku Choma) and fish (Samaki Choma) are good choices.
Grizzle and the meat’s fat is the animal’s choice and is often consumed with a quick dip in a pile of salt for extra flavor! It is also possible in many places to get the “fry,” – the fried meat variety.

Undeniably the most common Kenyan food staple is ugali – made primarily from cornmeal, which is poured into boiling water and heated until it becomes a dense lump of cornmeal paste. Ugali has the consistency of a granular dough and the weight of a brick. For many Kenyans, ugali and a small number of cooked vegetables or saucy stew are regular meals.

It is not too complicated, a Kenyan dish that consists of boiled beans, corn kernels, and possibly a little mix with vegetables.

The Githeri combination is filling, nutritious, and complimented with salt, pepper, chili, and even a chapati, which can be pretty good!

Irio is one of Kenya’s most famous dishes, food that originated as a Kikuyu staple and has spread throughout the country.

Green beans and potatoes boil, then mashed, and then the entire kernel of maize (Corn) is added to make the mash some extra starch and texture. This rich and heavy Kenyan food is famous for its grilled Nyama Choma meat (Nyama na Irio) or just some Kenyan-style stew.

Kenyan tea is one of the more well-known varieties globally, but tea is the famous hot drink of choice for many locals. Kenyan tea is dark, mixed with a generous amount of whole milk, and sweetened with a few sugar tablespoons. 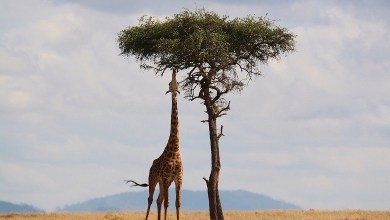