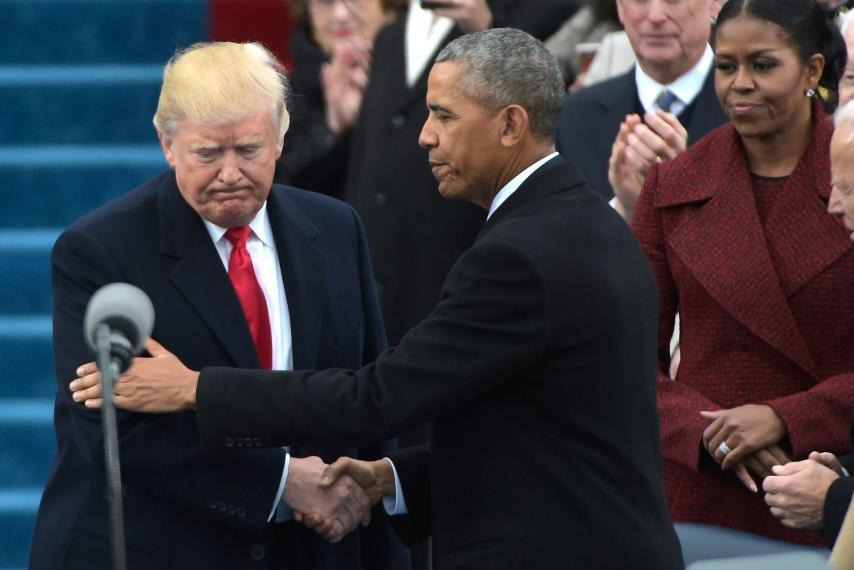 The number of deadly shootings in the US is rising in a straight line. Yesterday, four people were killed in a hospital in Chicago, and one was killed in a shooting incident in Denver. But despite the many innocent victims, Trump does not deviate to the Second Amendment of the American Constitution that states that individuals have the right to own and carry a weapon. And that has consequences.

While former US President Barack Obama was diligently trying to broaden the weapons policy (but failed), Dondald Trump never calls that policy into question. Not even after the mass shooting at the Harvest Music Festival in Nevada in 2017 where 59 people were killed (including the shooter) and about 800 wounded. That same year was the deadliest year in the history of the US: there were a total of 117 fatalities. This year, 81 fatalities have already fallen in mass shootings. That makes 2018 the second deadliest year in the history of America. And the year is not even there yet.

It should come as no surprise, therefore, that more deaths occurred during the first half of Trump’s tenure than during the last four years that Obama was president. The deaths were at Trump in two years at 22 different mass shootings. Obama had to deal with 36 mass shootings during his eight-year presidency.

Although Trump encouraged his predecessor in 2012 to strengthen the law of arms, he pulled his tail once he decided to make a bid for the presidency.

President Obama spoke for me and every American in his remarks in #Newtown Connecticut.

In May 2016, Trump soon got the support of the National Rifle Association (NRA), a lobby organization that lobbies for the current arms policy that allows citizens to carry a weapon. They supported Donald Trump with more than 25 million euros during his presidential campaign. No wonder he just shatters the arms policy.

Most deadly incident with Obama vs. Trump

June 12, 2016 was a black day for Barack Obama and the US. In the early hours, a gunman opened fire in a nightclub for gays, lesbians, bisexuals and transsexuals in Florida. This involved fifty deaths including the shooter and 53 wounded. It was the deadliest shooting in the United States, except for the attacks of 11 September 2001.

A year later, on 1 October 2017, a second shooting took place that had such an impact. During a music festival in the American state of Nevada, a gunman suddenly opened fire from a nearby hotel. This involved 58 deaths and 869 injuries, of which about 400 were hit by bullets. Others were injured by the chaos that arose. At that time, Trump still the president.

Furthermore, it is noticeable that Trump does not always tweet about such mass shootings, although he likes to make it clear how he feels through that route. When Trump tweets about gun violence, it usually refers to so-called mass shootings in Chicago. The city has a large number of African-Americans and there are numerous shootings annually. Trump is only too happy to establish a direct link between the number of African-Americans and the force of arms. African Americans would have the most murders in America on their conscience.

In America, a shooting is referred to as a mass shooting as soon as there are three fatalities. That is excluding the perpetrator. Furthermore, the dead fall through the use of firearms.