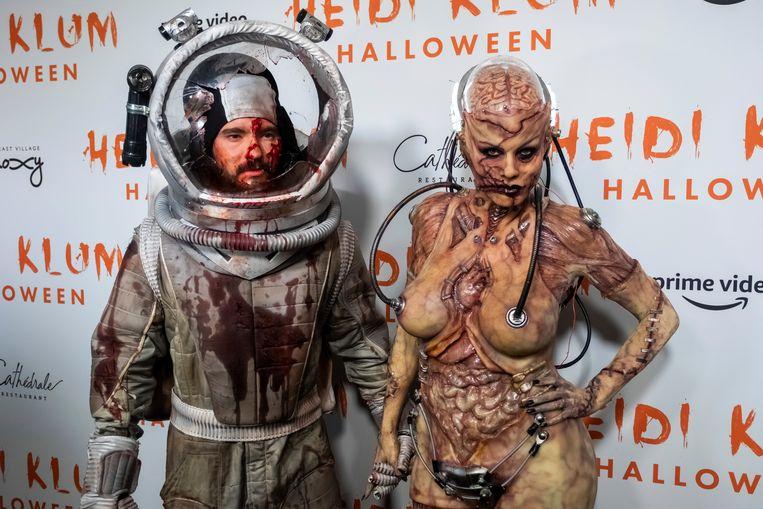 You can call Heidi Klum (46) by far the Halloween queen. The German presenter and model every year do everything to score with her costume and this year was no different. Heidi shone in a look that you can best describe as a half robot, half-alien. And that look was inspired by Tom Kaulitz, Heidi’s husband, she says.

A whole team worked no less than thirteen hours on the costume of Heidi, with which she went to her twentieth Halloween party. Fans of the German could even follow the whole event live. Heidi not only shared videos of her transformation, but she was also put up in the window of Amazon Books in New York and could, therefore, be spotted by passers-by.

Now that Heidi has recovered from the whole event, she tells more about her look. “Tom, my husband, and the other members of Tokio Hotel (Tom’s band, ed.) Believe in aliens,” Heidi tells People Magazine. “Doesn’t everyone believe in aliens?” Tom wonders in the magazine after his wife’s statement.

Tom himself opted for the look of a battered astronaut. “I was on a mission, looking for a new planet because we nearly destroyed ours, and then I found her,” he says about Heidi’s look. “I had to bring her to Earth because I thought she might have useful information.”

If you can’t remember the Halloween costumes from Heidi in recent years, we’ll give you a hand here: