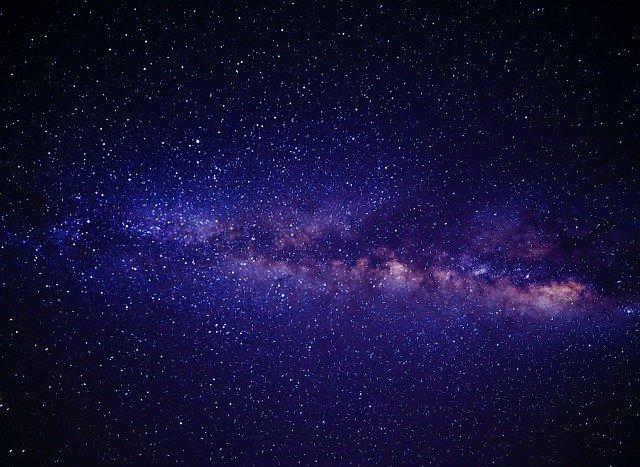 Scientists have just discovered a blinking star that is 100 times the size of our Sun and is located 25,000 light-years from Earth.

Located at the heart of our galaxy, the Milky Way, a new star has been spotted by an international team of astronomers. VVV-WIT-08, its name, is 100 times the size of the Sun and is located about 25,000 light-years away. In addition, it appears to be blinking: its brightness initially decreased by 97% before gradually returning to normal. Which means it is a variable star.

This variation in luminosity could be due to another celestial object located near the star. Scientists say it could be a planet or a star surrounded by an opaque dust disk that, like an eclipse, has blocked the star’s light from reaching Earth.

Astronomers also noticed two other blinking stars not far from VVV-WIT-08 but said they do not have enough details on them.

The star seemed to “come out of nowhere,” Leigh Smith, of the Institute of Astronomy at Cambridge University, told the Guardian. So scientists named it VVV-WIT-08, WIT being the acronym for What is this? to designate variable stars that are not part of the established categories.

Astronomers don’t know when VVV-WIT-08 will dim again in brightness but estimate it could happen in the next 20 to 200 years.

The discovery was made using data collected by the Vista telescope at the European Southern Observatory in Chile. The instrument has observed a billion stars for nearly a decade.

In terms of dimensions, VVV-WIT-08 is far from smashing any record whatsoever, the red supergiant at the end of its life, Antarès, for example, between 700 and 800 times the diameter of the Sun.

Moreover, the largest star known to date is UY Scuti which is 1,700 times larger than our Sun.

In addition, some planets have two or even three suns. In the constellation Centauri, a team of astronomers from the University of Arizona discovered a giant gas planet located in a three-star system, the Science site reported in 2016. This must mean that it is possible to admire three sunrises and three sunsets. However, HD 131399 revolves around one star while the other two move farther.

Photos of Dallol volcano and otherworldly landscapes of Ethiopia