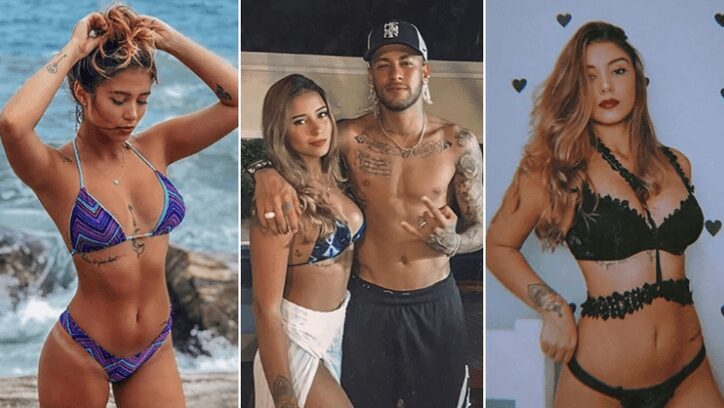 The Brazilian model published a photo with the soccer player who recently separated from his partner, Bruna Marquezine. After the start of the recess, Neymar flew from France to Brazil to enjoy the holidays with his family, after a strenuous first half of season in which he managed with Paris Saint-Germain (PSG) to qualify for the second round of the Champions League and reach the first place in Ligue 1.

In his native land, the forward was photographed with Mari Tavares, a 20-year-old model who is very popular in Instagram and shared the image on social networks.

The former Barcelona player, separated a little over a month ago from his girlfriend Bruna Marquezine, with whom he had several twists and turns. After this rupture, it is the first image that is known of him with another woman.

“Yes, we separated, it was a decision that came from him (Neymar), but there is a lot of respect, a lot of love, for him and for all of us who live,” Marquezine had declared to Vogue magazine.

Despite the fact that the photograph does not even show a kiss, in Brazil they already maintain that Tavares could be the new conquest of Neymar, who was at a party with his colleague and compatriot Vinicius Junior, a Real Madrid player. Both met in the Brazilian night and uploaded videos on social networks so that their followers know that two of the players that the team will include – surely – in the Copa America 2019 list, share a great relationship.