People who believe that divorce is a costly affair can go to the stars for comfort. Amazon founder Jeff Bezos threatens to lose his title as the richest man in the world, now that he is divorcing his wife MacKenzie. With half of his money in her pocket, however, she would become the richest woman in the world. But how much is it exactly? And was there ever so much at stake? These are the 12 most expensive divorces of stars ever in a row.

‘Titanic’ maker James Cameron has already marched five times. For wife number four, ‘The Terminator’ actress Linda Hamilton, it was said to be “a terrible marriage, in all respects”. During the filming of ‘Titanic’ the director had fallen for another woman: actress Suzy Amis, who also had a role in the film. Linda filed the divorce papers in 1999, after barely 2 years of marriage. Hopefully, the 44 million euros that she received at the divorce has alleviated her suffering.

‘The Bodyguard’ actor Kevin Costner and Cindy applied for the divorce in 1994, after 16 years of happy marriage. Cindy was the old school lover of Costner, he met her at the university and married at the age of 23. Cindy managed to make Costner poorer, after the divorce, 70 million euros. After Kevin left his high school sweetheart, he was soon seen again with lots of women, mainly models.

Once, Madonna and Guy Ritchie were seen as a dream couple. But also, world-famous people have their problems. According to the divorce file, Madonna threw it on “unreasonable behaviour” from Guy. Insiders also claimed that he could no longer live with her ‘Kabbalah obsession’ and the fact that she wanted to expand their family with even more adoptive children. As no marriage contract was drawn up, Guy could claim half of Madonna’s assets. Ritchie accepted an amount between 66 and 80 million euros, their estate in Wiltshire in the southwest of England, their own Pub in Mayfair and the shared child custody. Their marriage lasted eight years.

After only 4 years of marriage Steven Spielberg and Amy Irving saw their marriage in 1989 beaches. Steven had fallen for the charms of actress Kate Capshaw, whom he had met on the set of ‘Indiana Jones’. Despite the fact that Steven and Amy had a marriage contract, the director had to pay his wife 88 million euros for the divorce. Amy had succeeded in persuading the jury to cancel the contract because she had not consulted a lawyer when she signed it.

Much ink has already been spilled over the biting separation of Tiger Woods and the Swedish Elin Nordegren. The golfer and the former model divorced in 2010 after it was revealed that Woods had deceived her with several women. The golfer will probably complain for a long time: ex-wife Elin left about 90 million euros to the divorce. Spicy detail: in the year 2019, Woods would still owe more than 47 million euros to his ex.

In the standings are also Harrison Ford and screenwriter Melissa Mathison, who in 2004 put an end to their marriage that lasted 21 years. It was she who applied for the divorce in 2001, because their mutual differences had become too large. When the process finally ended, Melissa saw her bill thicken with a sum of between €75 million and €103 million. In addition, they also received their collection of artworks, six planes, various properties in real estate and half of all copyrights of the DVDs and films that were canned during their marriage.

The American singer Neil Diamond has paid a lot of money when he and Marcia Murphey split up in 1996 after thirty years of marriage. As an official reason, the incompatible character differences were indicated. Even though it was then a public secret that Diamond liked to have other friends. Diamond left his former wife some 131 million euros, half of his fortune.

The former top basketball player was not exactly stingy when he and his wife Juanita, the mother of three of his five children, broke up in friendship in 2002. Juanita got 148 million euros and their villa in Chicago. They were married for 17 years. It will not happen to Jordan a second time: he and his second wife Yvette Prieto are married to a marriage contract.

After 25 years Arnold Schwarzenegger saw his marriage with journalist and bestselling author Maria Shriver on the cliffs. The American had made a point, because she discovered that their housekeeper expected a child from Arnold. In 2011 they came to court and Schwarzenegger was allowed to donate half of his fortune: an amount between 220 million and 330 million euros.

Mel Gibson was also allowed to dig deep into the pouch when he left his family. At the time of the divorce, the actor and his partner Robyn had been married for almost thirty years. Together they have seven children. Because the two were not married at the time under marital conditions, Robyn was also entitled to half of all the money that Gibson earned during their marriage. According to reports, she was also entitled to half of his salary for the rest of her life. Spouse Robyn Moore received custody of the kids and gained 375 million euros after the divorce.

The Australian media mogul Rupert Murdoch must have just scratched his ears when his second wife, Anna, walked away with about 1.8 billion euros of his fortune. The two separated in 2013 after a relationship of 14 years. Yet Murdoch was not deterred: after a romance of barely four months, the businessman became engaged in 2016 with Jerry Hall, a former model and the ex of Mick Jagger.

Amazon CEO Jeff Bezos recently announced that he and his wife are going to divorce Mac. Bezos and MacKenzie were together for 25 years. They met when they worked together for an investment fund. In 1994, a year after their marriage, Bezos set up Amazon webshop. The couple, who has four children, says they will remain friends. The fortune of Bezos, which is estimated at 119 billion euros, will be divided after his divorce. The two married in 1993 in community of goods, although they only knew each other half a year. With that 60 billion euros in the bill, Mackenzie would suddenly become the richest woman in the world. Jeff, on the other hand, would lose his title as the richest man on earth after the divorce. 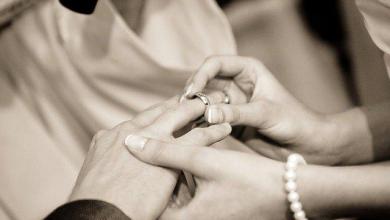 What to do your wedding ring after a divorce, not to spoil your personal life