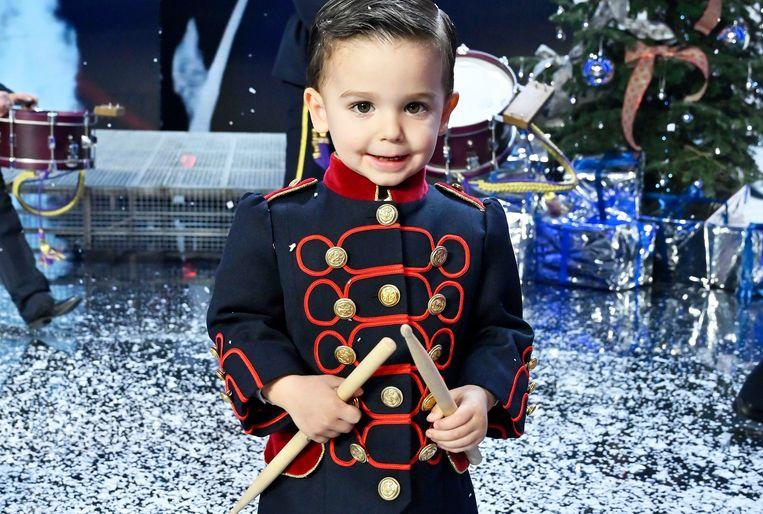 The three-year-old Hugo Molina is probably the world’s youngest winner of a TV talent show. The drummer finished first in ‘Got Talent España’ and can now call himself 25,000 euros richer.

The little boy in military gala-suit accompanied a Christmas choir on his drum. His father stood by his side. The three members of the jury thought it was beautiful and the viewers of Telecinco clearly also. The televoters texted the toddler to the first place. With 35% of the votes, he did better than the number two (11%). In the previous weeks, he also accompanied an orchestra.

Hugo’s performance isn’t exactly spectacular and seems like a strange duck between the dance, acrobatics and singing acts that usually can be seen in the Got Talent circus. Spain melted down en masse for the boy who didn’t seem to suffer from stage fright at all.

Nice detail: his performance wasn’t on TV until 00.35 on Monday night. By then, Hugo had been lying in dreamland for a long time. It turned out to be a recording, which was broadcasted later on.