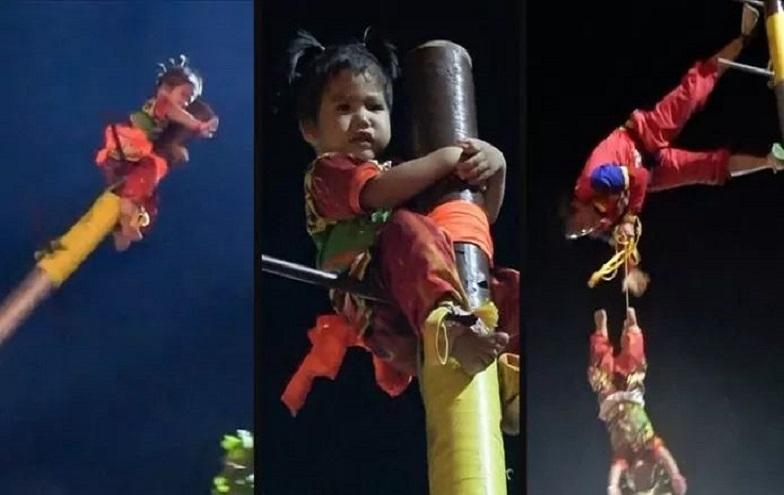 Spine-chilling images from Phuket, Thailand: a toddler was tied to a pole during a religious festival and catapulted 30 feet into the air. An acrobat then dangled her down from that height.

The girl was first tied with a rope at the ankle. She wiggled several times to within a few meters of the ground. The spectators cheered the spectacle fully, reports of child abuse were not received. The rest of the world is shocked.

The remarkable scene took place three days ago during the so-called Vegetarian Festival. During that event, the Chinese religion followers drill all kinds of iron objects through their faces.

In addition, they torture themselves with whips and walk on hot coals. The Taoists firmly believe that their pain takes away the suffering of others, and so cleanses their souls.

This year the festival is also dominated by the corona pandemic. Many believers have also been affected by that disease. “The world is suffering, everyone is struggling. I believe our actions can help,” said participant Warin Supattra.

The event is held every year during the ninth lunar month of the Chinese calendar (usually in October) and lasts for nine days.