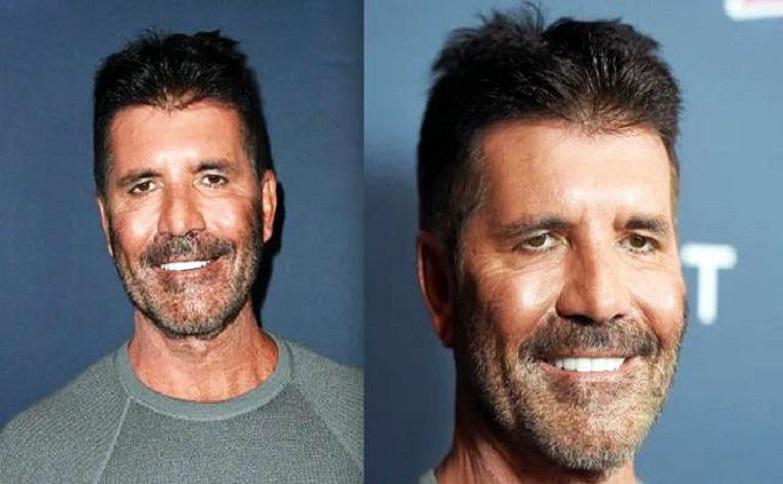 ‘Got Talent juror Simon Cowell (59) was the last hot topic in the British house rooms and on the social media. Cowell has changed his life and is now going through life as a vegan. Thanks to his new lifestyle, he was able to lose almost 10 kilos, and that can also be seen from his body. Especially Simon’s “new” face left no one unmoved.

“Where did his face go? Is this the work of his diet or just botox?” – It’s just one of the reactions Simon Cowell has been getting thrown into his head over the past few days. The juror posed at the start of ‘America’s Got Talent’ Season 14 proudly in front of the cameras, as he managed to lose a lot by his vegan diet.

“If you put my beauty on a scale of 0 to 10, I’d be on 8. Now I’m on 11”, Simon joked on the red carpet. “I have completely changed my diet from one day to the next. I haven’t regretted it for a single moment. I feel so much better and I look so much better.”

The internet seemed to think otherwise. Via Twitter some wondered what happened to Simon’s face, others made jokes and thought Cowell now looks like a wax statue from the Madame Tussauds museum. “His face melts away completely,” it sounds. And also: “did they k*ll Simon Cowell and make a robot replacement or what?” Or “Cowell is henceforth wearing a rubber mask.”

According to celebrity blogger Perez Hilton, Cowell owes his new look not only to his new lifestyle but also to his visits to the plastic surgeon. “I’m going with: new veneers, fillers in the cheek, Botox in the forehead and a possible eye job too! What do U think of the new Simon Cowell?” He writes.

All reactions have not escaped Simon himself. He says in the British media that he does not let any fuss about his appearance touch his heart. “These are people who are sitting anonymously in dark rooms, hiding behind fake names, and writing terrible things about you there,” he tells The Daily Star. “It’s so cowardly.”

2 thoughts on “What happened to Simon Cowell’s face?”