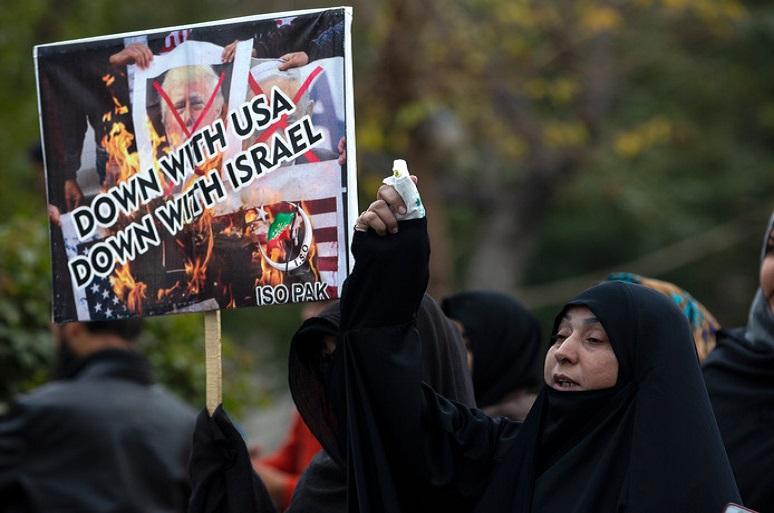 The Lebanese Shiite movement Hezbollah has called for revenge on the “great American crime” anywhere in the world. The action refers to the assassination attempt by which the US with drones, and other things, cleared the Iranian General Qassem Soleimani on the site of the Baghdad airport. Soleimani is said to have just arrived on a plane from Syria or Lebanon.

Soleimani was one of the best-known soldiers who had to gain more influence in the Middle East for Tehran. He started supporting Lebanese Shiites in their fight against Israel and later in their battle against Sunni extremists in Syria. Hezbollah leader Sayyed Hassan Nasrallah said his movement continues on the path taken with Soleimani.

According to him, the US has achieved nothing with the murders and they must be punished, the al-Manar broadcaster reported. President Assad’s Syria also reacted indignantly to the death of Soleimani. It is mostly thanks to Soleimani that Assad’s regime survived the civil war. Damascus described the American assassination as a severe escalation of the situation in the region and accused the US of acting like a criminal gang, while the opponents of Assad praised the liquidation of Soleimani.

According to the Kremlin, tensions in the Middle East are only increasing due to the American attack. The leader of the Democrats in the American House of Representatives spoke this morning about the risk of escalation. America, and the world, cannot allow the tension to escalate to a point where we cannot go back, said Nancy Pelosi in a statement. She called on Republican President Donald Trump to inform MPs about the attack as soon as possible.

Iran will take revenge through allies

Iran wants revenge for the murder of General Soleimani. However, it will not immediately fall back, expects nothing to happen in the coming days. The regime will try to exploit the death of the famous General Soleimani with a lot of protests and a lot of mobilization. A second step will be to move the fight to Iraq.

In the Iraqi parliament, there have been noises in recent days to demand the departure of US troops from Iraq. I think that pressure will still be increased. A third scenario is a retribution, not in the coming days, but at a time when the Iranians think it’s suitable. And then, the question arises again about how the United States will respond to this.

Iran will try not to end up in a conventional war with the US. If they launch an attack from Iran, you know for sure that there will be a fierce reaction from the US and it will immediately end up in a war. Iran then has no chance. So this will be played through Iranian allies who want to choose American goals. The retaliation will be limited and cannot be traced directly to Iran. Soleimani was on the list of Americans, but Iran also has a list of American soldiers who can be targeted. So far, nothing has been done with that. An American observer died last week, but that was probably a miscalculation, although the Iranians did take a risk with that rocket attack.

But surely the US has had this General Soleimani in sight for a long time? Indeed, but they could have turned it off for a long time if they had wanted to. Didn’t they, knowing that it would be precarious. Now they have done that. I think it has to do with how hard the recent siege of the American embassy in Baghdad has arrived in Washington. Because they recalled the occupation of the American embassy in Tehran in 1979, which would have cost President Carter his second term?

There are three elements at play here. First, indeed, the traumatic memory of the occupation of the American embassy in Iran. The second memory is the attack on the American consulate in Benghazi (2012) in Libya in which ambassador Stevens died and Trump had a lot of criticism of then-President Obama. He should never have let that happen, Trump called. The third element is that the attack on the American embassy in Baghdad a few days ago was very painful. So this happens after two decades of American politics in Iraq. What will be achieved if the most significant US embassy is besieged abroad? What are all those American dead and billions of dollars spent on? Those three elements together played a role in Trump’s decision to hit back hard.

American presidents often benefit from an international conflict in an election year and Trump too. Nationally, he is under pressure with the impeachment procedure, but internationally he has failed in two major cases: North Korea and Iran. Negotiations there are no longer in line with expectations, so he opts for the frontal attack.

What does the death of Soleimani mean for Iran’s domestic policy? Soleimani was very charismatic and popular with state and Supreme Leader supporters. Think of the Republican Guard, all kinds of militias and religious conservatives who saw him as a mainstay. But he also reached people outside of those circles: Iranians who are not necessarily conservative or pro-regime but who are nationalistic. They have indeed criticized Soleimani for his part in the repression of anti-government protests in Iran, but for some of the Iranians, he remains the man who stopped the advance of the Islamic State in 2014. His popularity is, therefore, more enormous than just among the hard-liners. That the Americans killed him is also wrong in those circles. If the same Soleimani had died in a car accident, that group might not even grieve that way.

There have been disagreements within the leadership of the Iranian state in recent months. More conservative or more moderate. Now are the rows closed again? In past years, the hardliners have been able to control the country because the US is economically attacking Iran. They saw everyone who did not condemn it as a traitor. With the death of Soleimani, it becomes even more difficult for moderates to make their voices heard. The hard-liners will now say that the country is not only being attacked economically but also militarily.

The leading Shiite cleric in Iraq, Grand Ayatollah Ali al-Sistani, has called on everyone to control and act wisely. He strongly condemned the murder of Iranian general Soleimani and Iraqi militia leader al-Muhandis at Baghdad airport on Friday.

He stressed that they fought hard against the terrorists of the Islamic State. The attack is a gross violation of the sovereignty of Iraq and international law, the Ayatollah said. According to him, everything indicates that ‘we are facing difficult times’, but all parties involved must remain calm.

The 89-year-old al-Sistani, unlike his Iranian counterpart Ayatollah Khamenei, is considered very moderate. Almost two-thirds of the population of 37 million Iraqis are Shiite. Many should not like the ultra-orthodox line of Shiite clergy who seized power in neighboring Iran in 1979. In the recent mass protests against mismanagement and poverty, many Iraqis turned against Iran because, in their eyes, that country is holding the corrupt government in Baghdad in its saddle.

Israel supports the US

The Israeli government supports the US with drones at the airport of the Iraqi capital Baghdad after the deadly attack on Iranian General Qassem Soleimani. The US has the right to defend itself, Prime Minister Benjamin Netanyahu declared, as did Israel.

Qassem Soleimani is responsible for the deaths of American citizens and many other innocent people. He planned more such attacks, Netanyahu explained that at an airport in Greece. The prime minister shortened his visit to that country because of the American invasion and the commotion that was caused in the region.

Israel is a loyal ally of the US and is preparing for possible revenge actions from friends of Iran in its region.

The American embassy in Baghdad advises fellow countrymen to leave the country immediately. At the Baghdad airport, the US drones killed General Qassem Soleimani, which is very popular in Iran. Washington fears that pro-Iranian Shiite militias want to take revenge on Americans in the country. They are advised to leave the country as long as they can by plane or otherwise go overland to a neighboring state. The French embassy advised French people to stay away from congregations.

Dozens of Americans who work in the oil industry in southern Iraq are packing their bags, reporting oil companies in Basra. The Iraqi authorities have stressed that their departure does not affect the production volume or the export of oil.